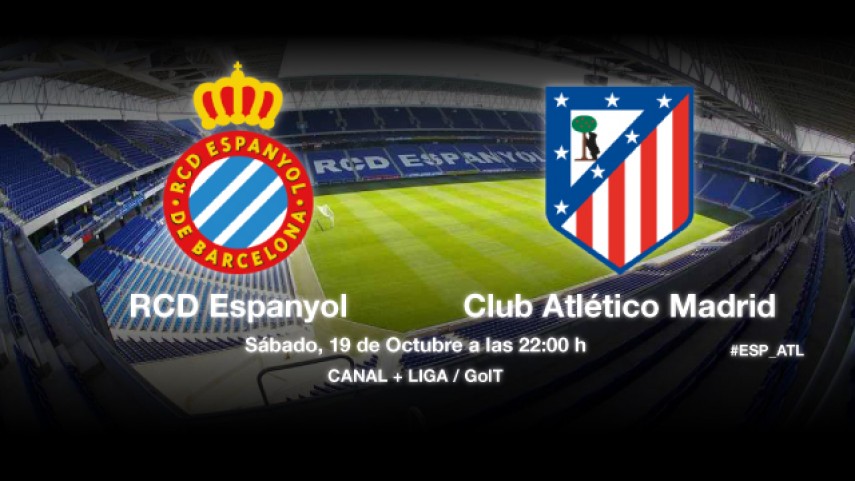 Despite having lost their last three games in Liga BBVA, the side from Catalonia will look to become the first team to take points off the Madrid side this season.

RCD Espanyol take on Club Atlético de Madrid in the ninth round of fixtures in Liga BBVA, with both sides experiencing contrasting runs of form.

The home side, Espanyol, started the season well, but have lost their last three games, meaning that Javier Aguirre’s men have fallen down the table. For the game against Atlético, the Mexican coach welcomes back defender Héctor Moreno from a muscle injury, whilst Víctor Sánchez remains an absentee through suspension.

Meanwhile Atlético, who have won all their games to date, will be without Léo Baptistão. Manager Diego Simeone said that despite the fact his side are in fine fettle, they are taking things step by step. "We go from game to game. Records don’t mean anything against Espanyol", said the Argentine when talking about the fact his side can equal the best ever start to a Liga BBVA season. It is a record currently held by city rivals Real Madrid CF, who in 1968/69 won their first nine league matches.