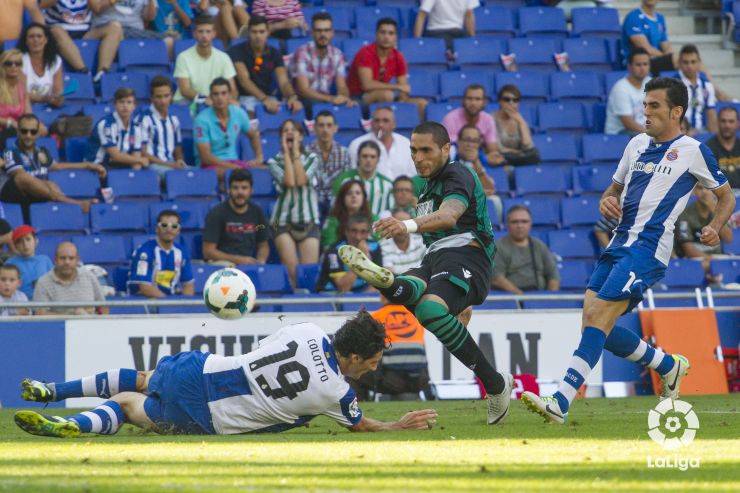 Fuentes is back for Espanyol

The defender will be available for Javier Aguirre ahead of the next Liga BBVA game against Elche CF.

There was good news involving Juan Fuentes during RCD Espanyol’s latest training session. The defender has overcome the muscle strain in his right leg and will now be available for Javier Aguirre ahead of the team’s next Liga BBVA fixture, according to the club’s official website.

Fuentes, who was unable to take part in his team’s last two games, is now back to full training with the rest of his Espanyol team mates and will be available for the match against Elche CF.

Meanwhile, Héctor Moreno is still following his own specialised training regime. The Mexican defender is still recovering from an injury sustained to his right hamstring, which makes him a doubt for the next league game.