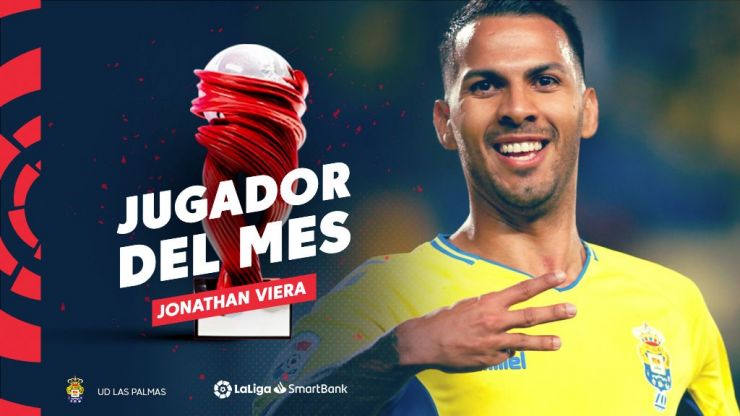 The UD Las Palmas attacking midfielder has won the award after an impressive month where he scored three goals and laid on an assist.

Jonathan Viera of UD Las Palmas has been named the Player of the Month for December in Liga SmartBank. The Canary Islander scored three goals and provided one assist for his side.

Viera enjoyed a remarkable start to the month scoring the goal that earned Las Palmas a 1-0 win away to Extremadura. The following weekend he scored again netting twice in the 3-0 victory over Numancia. He laid on an assist in their third victory of the month away to Elche. Viera was a key figure in three of the club's four victories across the month.

Jonathan Viera will be presented with the award in front of his own fans when Las Palmas host Real Zaragoza on 14 January at 21:30 CET.