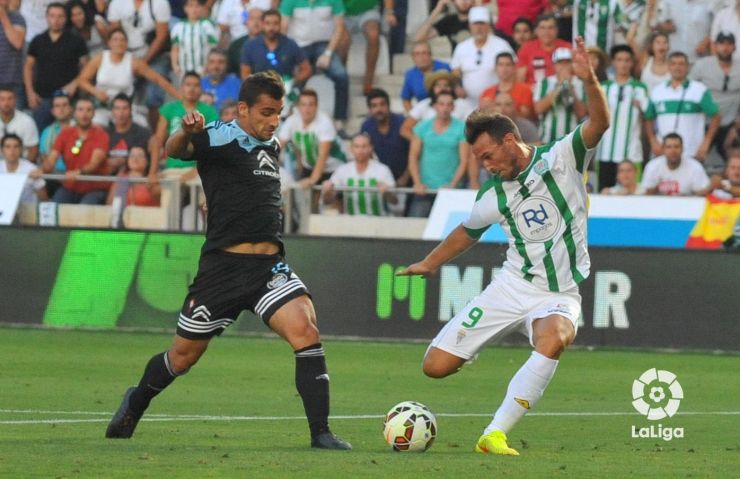 A goal from the Argentinian cancelled out Orellana's earlier effort to ensure it finished all square between los blanquiverdes and Celta.

Córdoba CF were forced to come back from behind when Fabián Orellana put Celta ahead at the beginning of the second half, with the match eventually ended 1-1. Fede Cartabia was the hero of the hour in the Nuevo Arcángel, where the home supporters enjoyed their first taste of Liga BBVA football in 42 years.

The Galicians got off to a stronger start and had the better of the goal-scoring opportunities. The away side created two clear-cut chances through Fabián Orellana and Álex López, but the Juan Carlos dealt with the first one while López missed the other from point-blank range after controlling the ball inside the six-yard box. The only chance that fell to Córdoba was through Fede Cartabia, who tried his luck from outside the box, but his shot was diverted away from goal.

All the goals came after the break in the Nuevo Arcángel. The first to get his name on the scoresheet was Fabián Orellana. The Chilean cut inside the box before finding the back of the net. The goal ignited something in Córdoba who immediately went in search of an equaliser, and were rewarded shortly after. Fede got onto a dead ball in the box to level matters, earning the Andalusians their first point of the season.