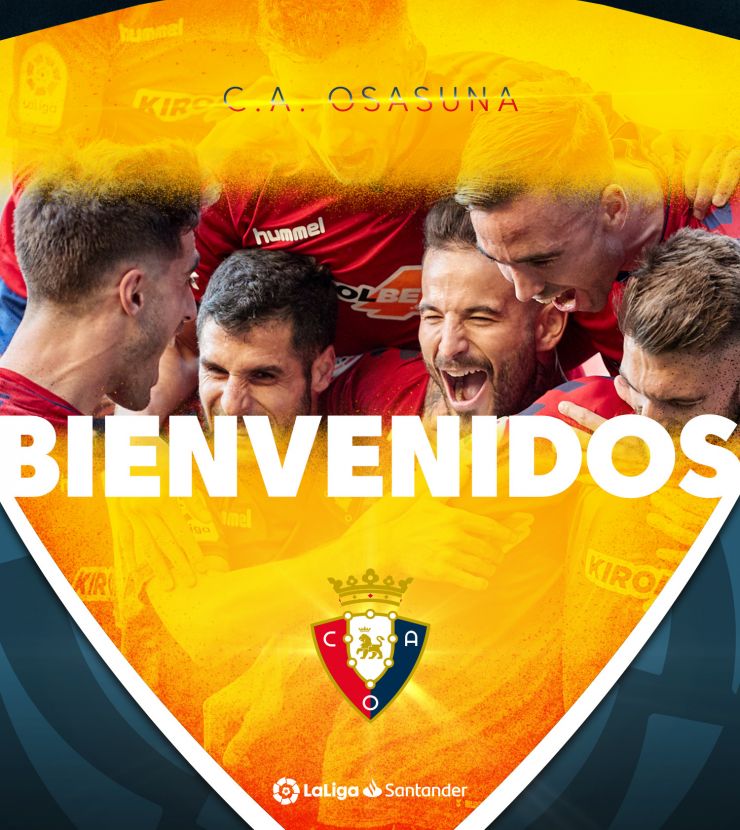 Osasuna are back in LaLiga Santander

The Pamplona-based side have sealed their return to the best league in the world after a two-year absence, with three LaLiga 1|2|3 matchdays to spare.

The 2017/18 season didn’t turn out as CA Osasuna would’ve wished. They finished eighth in LaLiga 1|2|3, just one point from sixth-placed CD Numancia, who pipped them to a place in the playoffs. Far from succumbing to despondency, Los Rojillos bounced back from disappointment to perform fantastically this season, with the icing on the cake their long-awaited return to LaLiga Santander.

After picking up a point against Cadiz CF on Sunday and with Albacete failing to beat Granada CF on Monday, Osasuna have sealed their return to the best league in the world. The Pamplona-based side have fulfilled what they set out to do back in August with three games remaining and next season will enjoy their 38th campaign in LaLiga Santander.

Jagoba Arrasate’s charges took top spot on Matchday 27 and have held on tightly ever since, with a run of 13 consecutive matchdays in first place. Players deserving of credit for their promotion include top scorer Roberto Torres, who’s notched 12 goals, Ruben Garcia, who’s chipped in with 9 assists, and Carlos Clerc and Unai Garcia, who’ve featured a huge amount for their side this season, playing 3,208 and 3,197 minutes respectively.