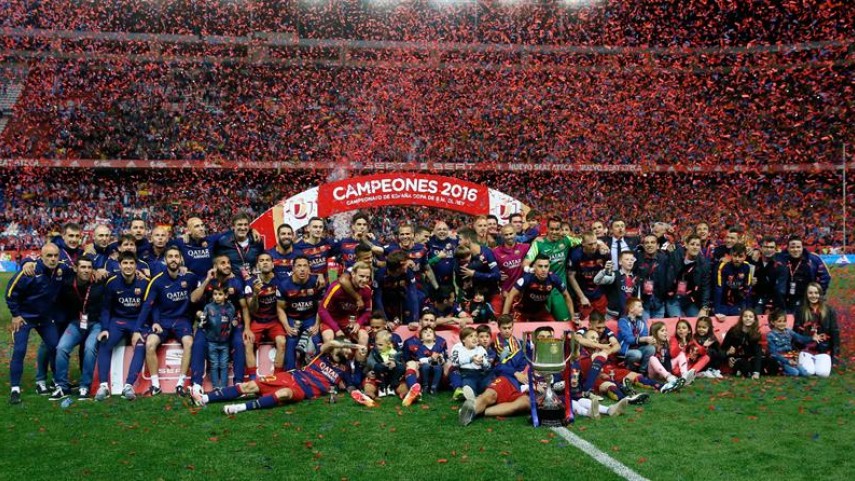 It was a tight opening period with Sevilla making it hard for the holders Barcelona to get into their habitual slick-passing game. Andres Iniesta was pulling the strings in midfield for Barça and set up Luis Suarez for a chance which the Uruguayan pulled wide, but openings were at a premium. 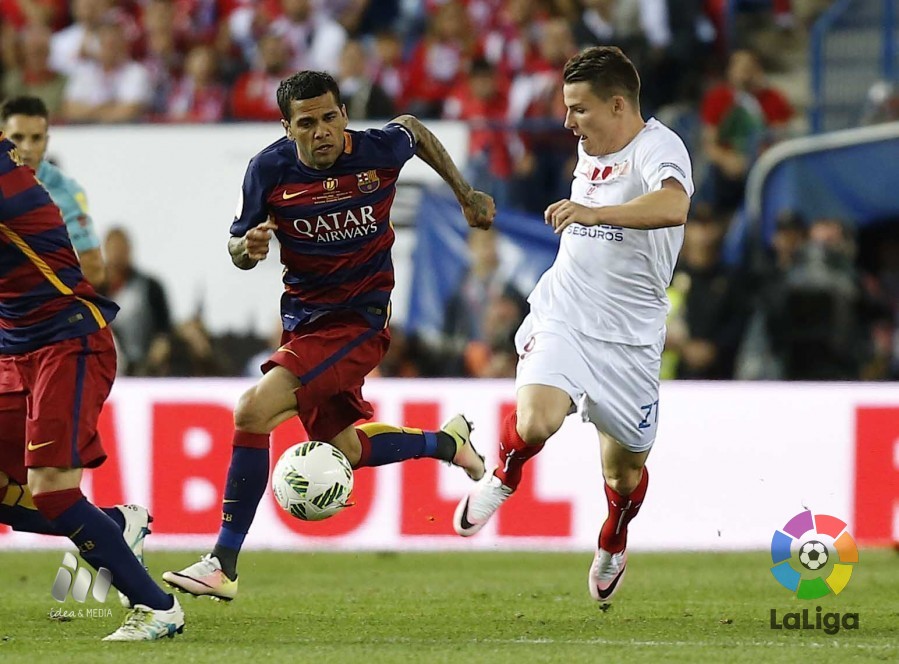 The game was shaken up when Javier Mascherano was shown a straight red card after 36 minutes for a foul on Kevin Gameiro. The foul was right on the edge of the area and Ever Banega stepped up to take the freekick. The Argentine’s effort curled over the wall and Marc Andre Ter Stegen had to go full stretch to turn it over the bar.

The game did not improve for Luis Enrique’s men after the break. Banega, who was one of Sevilla’s brightest players, fired a low shot from the edge of the area and it skimmed off Gerard Pique’s foot and on to the post. Soon after, Leo Messi received a blow to the head and was dazed for a short while, but more seriously leading scorer Luis Suarez had to leave the pitch with what looked like a hamstring injury after he stretched for a ball. Rafinha came on to replace Barça’s number nine. 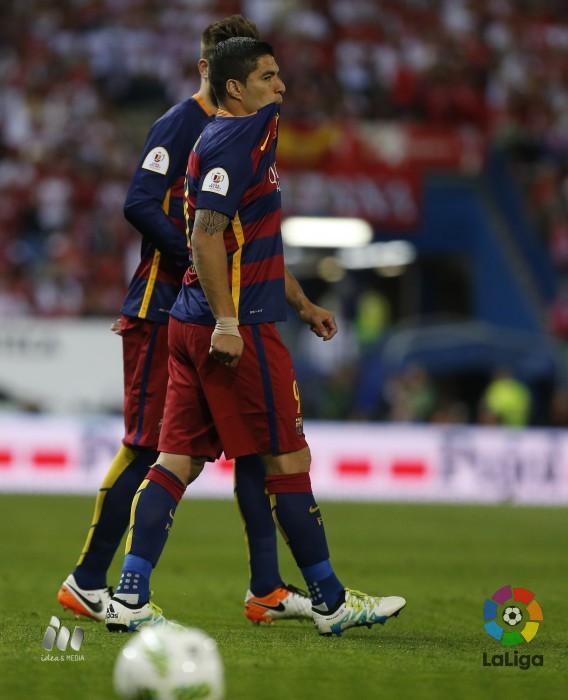 Sevilla pressed forward looking to make the most of their extra man but found it hard to get through to Ter Stegen with Pique having an outstanding game in the Barca defence. Grzegorz Krychowiak had a shot deflected over but they too were reduced to 10 men just before the end of normal time. Banega was shown a red card and Messi’s freekick from the edge of the area was tipped over the bar by Sergio Rico.

Early in added time, Messi advanced through midfield and saw Jordi Alba making a run down the left flank and picked him out with a great through ball. Alba squeezed a shot inside the far post and finally broke the deadlock in the 97th minute. Sevilla kept pushing but Barça always looked dangerous on the counter-attack. In the last minute Unai Emery’s side were reduced to nine men when Daniel Carriço was sent off and almost immediately afterwards Messi slipped the ball through for Neymar to net the decider from close range.