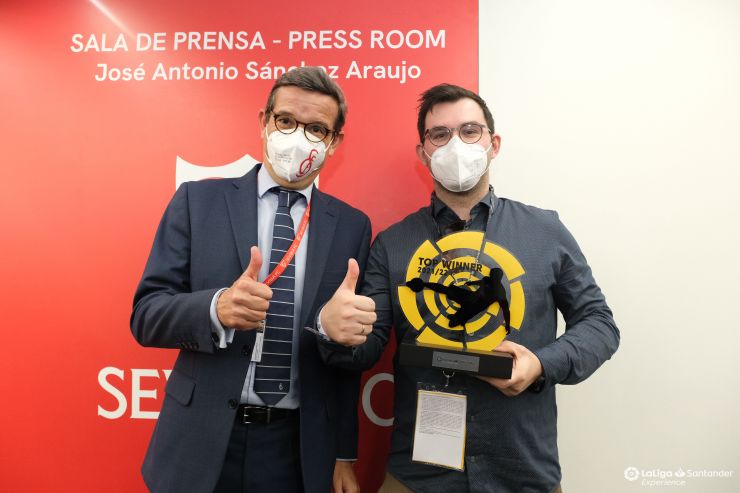 On Sunday 27 February the city of Seville played host to one of the most eagerly awaited games in the football calendar for fans of both of the local clubs. The Sanchez Pizjuan was the venue for ‘El Gran Derbi’, the clash between Sevilla FC and Real Betis in the Andalusian capital.

The guests of the eight edition of this season’s LaLiga Experience were given a personal taste of the passion and fervour surrounding a game in which the home side emerged victorious.

Journalist Pierre Godfrin, influencer Boume Sama on behalf of beIN Sports France and Patryk Dzwoniarkiewicz, winner of the LaLiga’s Ultimate Challenge competition on behalf of Denmark’s TV2 were lucky enough to be part of a once-in-a-lifetime experience. They welcomed the team buses as they arrived at the stadium, saw both sides do their pre-match warm ups, before joining in with fans as they belted out the Sevilla FC anthem to welcome in one of Spain’s best local derbies. This was all topped off by a thrilling match which saw the home side claim bragging rights.

To find out more you can follow LaLiga Experience on social media through the hashtag #LaLigaExperience.