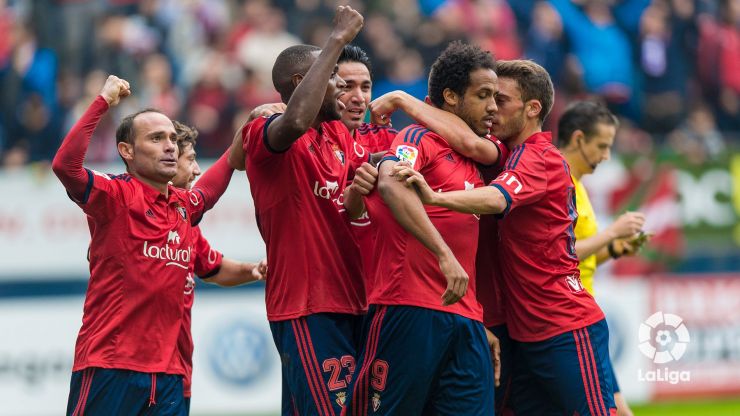 Osasuna never gave up and made the most of their set-pieces in a match that Betis looked to have wrapped up with a two-goal lead at half time.

It was a dream match for lovers of the game. CA Osasuna beat Real Betis Balompié 3-2 on Liga Adelante matchday 11 in a game in which the Andalusians took a 0-2 lead and eventually lost thanks to some well-worked set-pieces from the Rojillos.

Betis had their best first half of the season in El Sadar. They dominated, pressured and attacked at every opportunity throughout the 45 minutes. They also managed to find the net when Osasuna were playing their best football. In a text-book counter-attack, Álex Martínez whipped in a perfect cross for Rubén Castro to nod home and open the scoring. Then Vincenzo Rennella widened the gap with a quality finish to make it 0-2.

Jan Urban's men started the second half with a feisty goal from Javad Nekounam, bringing his team and the fans back into the game. The side from Navarre were not going to give up easily and they equalised with a header from Miguel Flaño after a free-kick out wide. Julio Velázquez saw danger and introduced some power and height by bringing on Alfred N'Diaye and Chuli. However, the Rojillos completed their comeback from another set-piece to seal the 3-2 scoreline, which takes them away from the bottom of the table and earns them some breathing space.