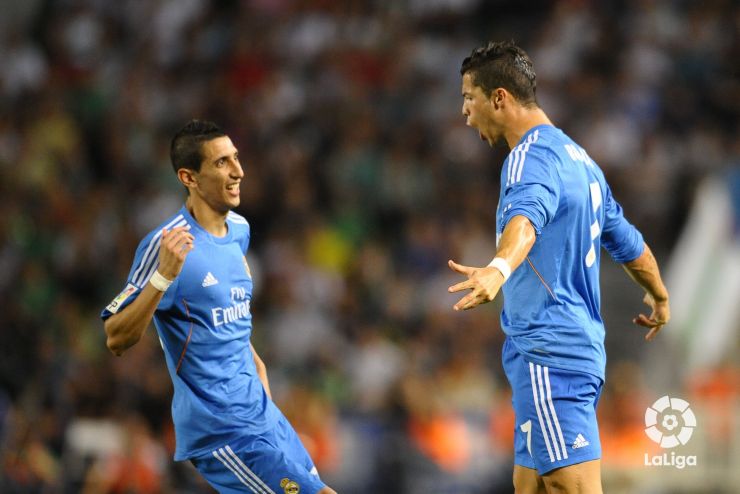 Ronaldo wins it with two against Elche

Real Madrid stay in third place as Ronaldo helps them to a 2-1 win over Elche after an exciting finish.

Real Madrid CF secured a testing 1-2 victory over a spirited Elche CF in Liga BBVA, consolidating their third place, whilst the side from Alicante still search for their first win back in the top division of Spanish football.

The first half was entertaining, with both sides looking for a goal from the off. First Ronaldo went close with a long-range effort, before Elche had two clear openings of their own. First a header from David Lombán forced a smart stop from Diego López, with the Real Madrid keeper being forced into action again shortly after; pushing away another goal bound Elche effort.
After these initial openings, Carlo Ancelotti's side took control of possession, and should have scored through Ángel Di María, however the home side’s goalkeeper Manu Herrera kept his effort out. In the second half, Madrid kicked on, knocking at the door, and eventually Ronaldo unleashed a free kick to make it 0-1.

With their noses in front, Real Madrid continued to dominate the game, although it must be said Elche did not back down and carried on with their game plan. Indeed it was the home side, through Richmond Boakye, who went on to equalise, sending the home crowd into raptures. However their joy was short lived as Ronaldo scored from the penalty spot to give Real Madrid the three points.