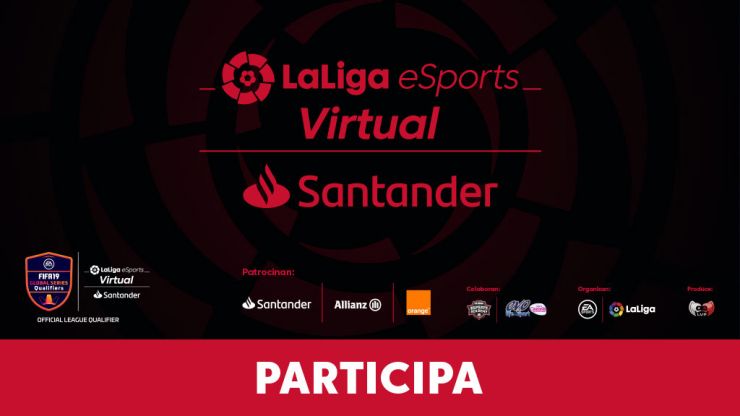 Kicking off December 2018 through to May 2019, competitors and spectators will experience more excitement with a bigger tournament and top prizes.

Following the success of the first edition of FIFA 18 Virtual LaLiga eSports Santander, the official Spanish League Championship tournament, produced by LVP (Professional Videogames League), returns bigger and better this season, kicking off on December 3. In collaboration with Electronic Arts (EA), LaLiga increases its involvement to bring a bigger, more exciting tournament as the top players compete for prizes including €10,500 for the winner, €5,250 for the runner-up and €2,625 for the semi-finalists. In addition, a €1,000 prize will be on offer to the winner of the King of the Hill match.

Building on last season, which reached more than two million spectators through streams on LaLiga's Facebook Live and Twitch, the second edition of the tournament brings a more competitive format and longer season to keep spectators on the edge of their seats.

It's not only the fans who are looking forward to this new edition of the Virtual LaLiga eSports Santander Tournaments. Banco Santander, as main sponsor, Orange and Allianz, together with EVO2 and The Global Esports Academy have joined forces to sponsor the tournament which promises to be bigger and better than ever.

Virtual LaLiga eSports Santander is an Official League Partner qualifying tournament within the FIFA 19 Global Series. The regular season will consist of 9 rounds of open competition. Each round lasts 2 weeks, starting with online qualification and leading to a live showdown for the finalists of each round at the LaLiga Barcelona studio.

The winner of the Season Opening live showdown will become the reigning 'King of the Hill'. Every subsequent round live stage event in the regular season will create new challengers attempting to take the crown and become the new 'King of the Hill' and win prize money.

For further information about the registration process and the tournament, visit www.virtuallaligaesports.com.