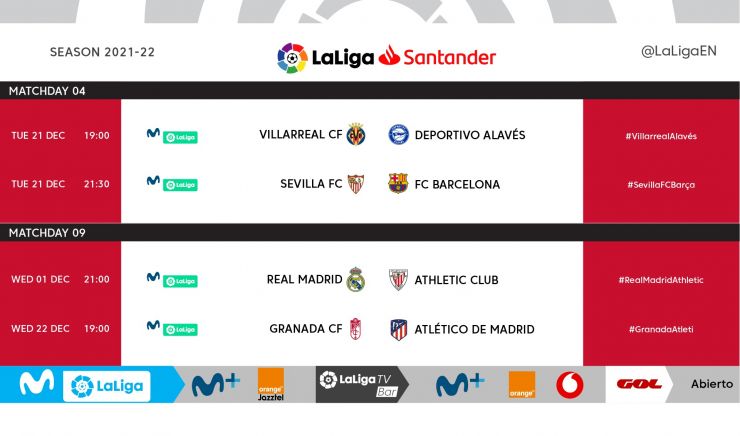 LaLiga have confirmed dates for the matches postponed from earlier in the season.