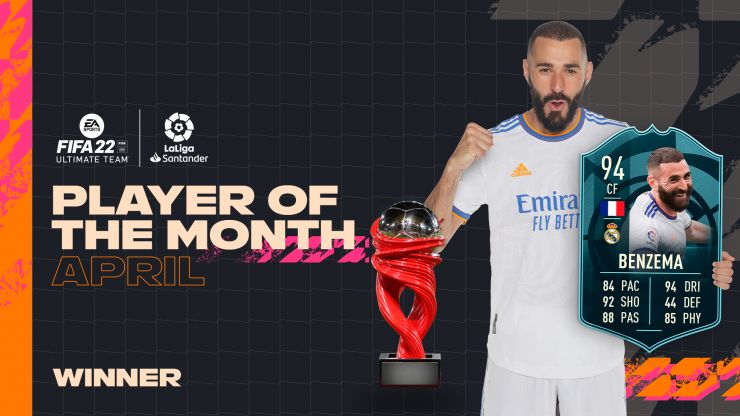 The Real Madrid star's stellar performances have played a key role in Los Blancos securing the 2021/22 LaLiga Santander title. The Frenchman takes the Player of the Month Award for April.

Karim Benzema has been named the LaLiga Santander Player of the Month for April. The striker has been one of the top players this season and pulled off an almost perfect 10 in his performance throughout April. The French star netted four goals in five games, procuring valuable points for his team, and his performances proved pivotal in Real Madrid celebrating another LaLiga Santander title.

Los Blancos proclaimed themselves league champions after dispatching RCD Espanyol 4-0. Benzema put the icing on the cake by doing what he does best, scoring goals. The Frenchman was also instrumental in Real Madrid's comeback against Sevilla FC, a direct title contender, scoring the winning goal in the 92nd minute of the match.

Benzema was also the standout player against RCD Celta at Balaidos, with a sublime brace to clinch a hard-fought victory. The frontman has shone from start to finish this term, and April has undoubtedly been one of his finest months.