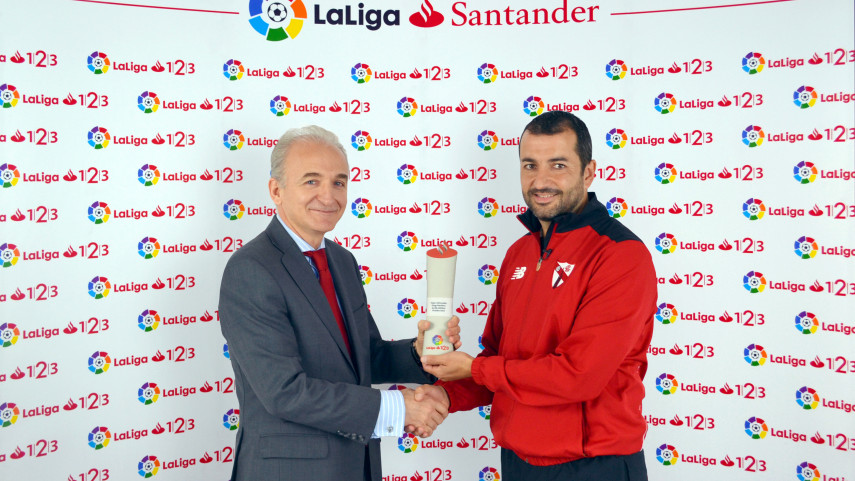 The Sevilla Atletico boss has been awarded this prize in recognition of his team's superb performances and results last month.

Diego Martinez has been named the LaLiga 1|2|3 Manager of the Month for October after steering Sevilla Atletico to a sensational run over the course of last month, in which his side racked up four straight wins and a draw.

This accolade – which is awarded by Santander, the competition's main sponsor, and voted for by the LaLiga.es writers – was presented by Miguel Nogales Castilla, the bank's retail banking director for Andalusia.

The Sevilla youth team have well and truly taken LaLiga 1|2|3 by storm in their maiden season at this level. Under Martinez's accomplished stewardship, the second-tier new boys have picked up an impressive 20 points – courtesy of five victories and draws apiece, compared to just three losses – and currently sit third in the table.