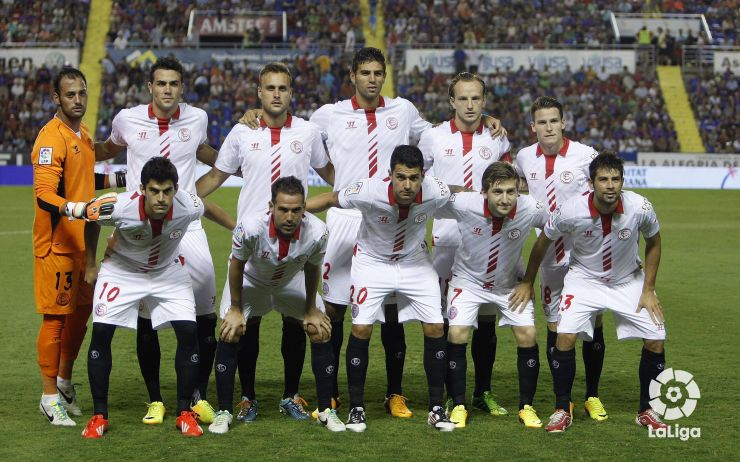 Jose Maria Del Nido, Sevilla FC president, was in attendance for the launch of El eterno mariscal (The Lord Marshal), the biography of former player and manger, Antonio Avarez.

The Beta bookshop played host to the launch of El eterno mariscal, the biographical account of former Sevilla coach and player, Antonio Alvarez. The event was attended by Jose Maria Del Nido, the Sevilla FC president, as well as other notable figures from the world of Spanish football.
The book, which was written by journalist Jose Antonio Jimenez, narrates the story of the Sevilla centre-back who played for the Red and Whites on 350 occasions and coached the side to its “last title”, according to Del Nido. People like Juande Ramos, Pedro Jaro and Joaquín Caparros played a part in putting the book together.

Alvarez, who represented Spain in the Olympic Games, never made his debut for the actual Spanish side due to two injuries he picked up hours before playing Ireland and Iceland. He also played for Granada and Malaga before hanging up his boots at 40 years of age.

As well as that he was an assistant coach at Sevilla during Juande Ramos’ time as manager, when the side won five titles between 2006 and 2007. Upon becoming the manager himself, Alvarez won the Copa del Rey, the last piece of silverware the club won.

Also in attendance at the presentation were the mayor of Seville, Juan Ignacion Zoido, as well as former team mates like Francisco, Choya, Sanjose, Ruda and Pablo Blanco.