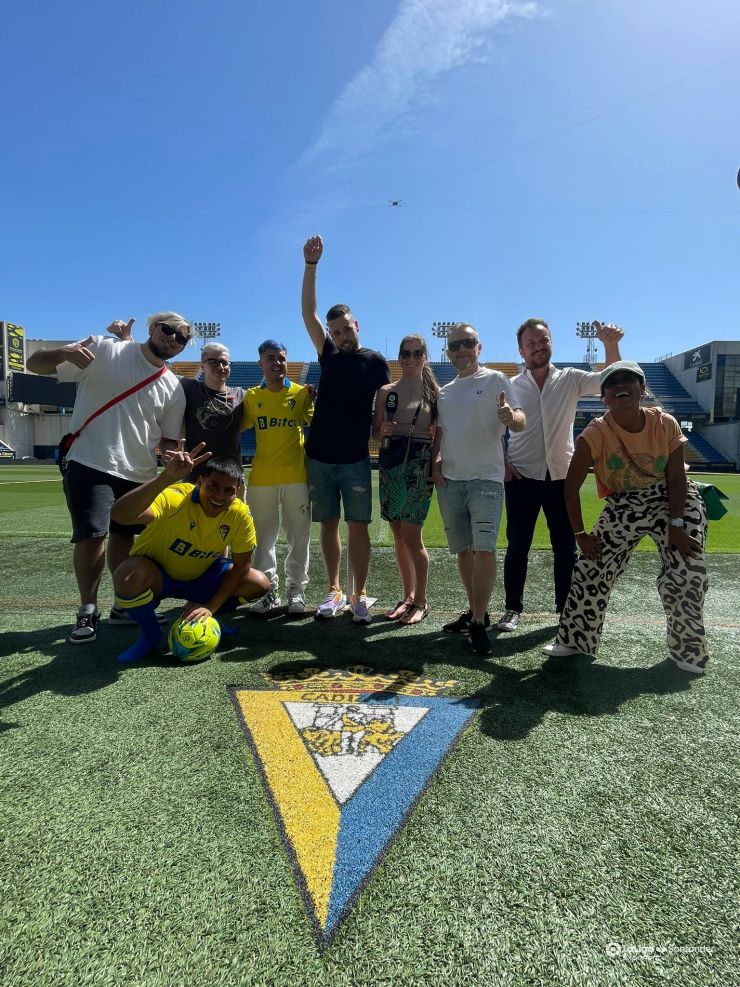 LaLiga Experience docked in Cadiz replete with a crew from various corners of the globe. Having arrived on Thursday, guests from Colombia, Argentina, and the Czech Republic were soon won over by the charm of the city, with four unforgettable days ahead of them.

Firstly, influencers Markito Navaja and El Mindo, as well as reporter Manuel Olivari, were handed the symbolic reins of the first team. They then got to check out the home of the club, the Estadio Nuevo Mirandilla. The guests were given a tour of the press room before heading to the heart of the stadium: the dressing rooms. The sense of emotion and adrenaline was palpable, which intensified as they headed out of the tunnel and onto the pitch. From the privileged position out on the Nuevo Mirandilla’s hallowed turf they were able to appreciate from the dugouts what it was like to be a Cadiz player and imagine the waves of energy coming from the stands.

The VIP guests were then treated to an unforgettable moment as they headed to Cadiz’s training ground. The DIRECTV LATAM representatives were given the chance to chat with Argentine goalkeeper Conan Ledesma, Colombian influencer El Mindo met the Uruguayan full-back Pacha Espino, while NOVA SPORT snagged an exclusive interview with Oussama Idrissi.

This was followed by a tour of the city in which the LaLiga Experience invitees saw the heart of historic Cadiz and took in the unique atmosphere that the Costa de la Luz capital offers. This all served to whet their appetites for Sunday’s massive game between Cadiz and league champions Real Madrid.