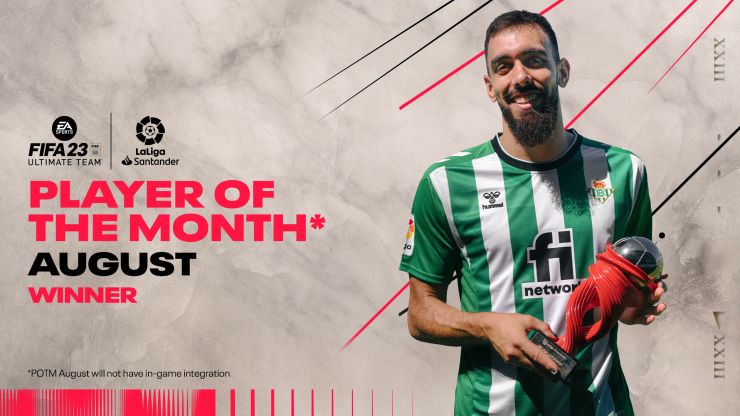 The Real Betis player's goals and overall play have been instrumental in Los Verdiblancos' great start to the LaLiga Santander 2022/23 campaign and he claims the first trophy of the season.

Borja Iglesias has been named the LaLiga Santander Player of the Month for August. The attacker has kicked off his fourth season with Real Betis in rip-roaring form, helping the Andalusian outfit make a storming start to the league championship.

Betis won their first three games of the LaLiga Santander 2022/23 season in August, a spotless record in which Borja Iglesias has been particularly impressive with a four-goal haul.

The Galician netted the opening goal of the season for Betis in the 3-0 victory over Elche CF. Subsequently, his brace gave Los Verdiblancos an important 2-1 away win over RCD Mallorca, and another Iglesias strike was decisive in overcoming CA Osasuna 1-0 to situate Betis in the upper echelons of the table.