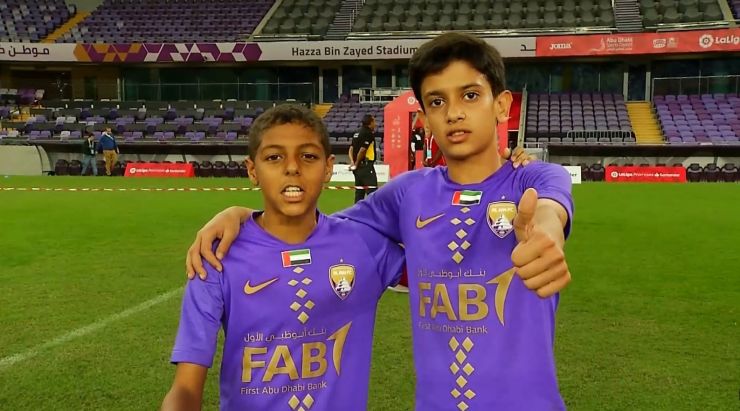 The competition, held for the first time on the Asian continent, features three Arab sides, whose participation was a dream come true and an experience the youngsters won't be forgetting about in a hurry.

It's often said that experience counts for a lot, but that doesn't mean to say that this tournament has generated any less excitement amongst the three less experienced, local teams: Baniyas Club, Al-Jazira and Al-Ain FC. Brimming with anticipation and relishing this once-in-a-lifetime experience, the budding stars from the trio of teams revelled in a dream weekend that'll stick long in the memory.

Getting to pit their wits against some of the top sides on the planet is an opportunity the young prospects have been looking forward to for some time now and their participation in LaLiga Promises really was the stuff of dreams. The clubs' coaches also stepped into the limelight as they put their knowledge into practice and tested themselves against their counterparts from the leading academies in the world game.

"My advice to the players is that they train more, work hard and they'll reap the rewards in the future," commented Baniyas coach, Saced Abdulla, who stressed the continuous nature of the learning process. LaLiga Promises provides a platform for the up-and-coming young things from the emerging Arab football world, with one of the Al-Ain coaches underlining what a fine opportunity the tournament offers: "It's been a really good experience and I hope it's one we're involved in again soon."