The Atletico forward picks up the accolade, off the back of an impressive return of five goals in four games.

Atletico Madrid striker Antoine Griezmann scooped the LaLiga Santander Player of the Month award for March, thanks to his sterling performances for Los Rojiblancos throughout the month. 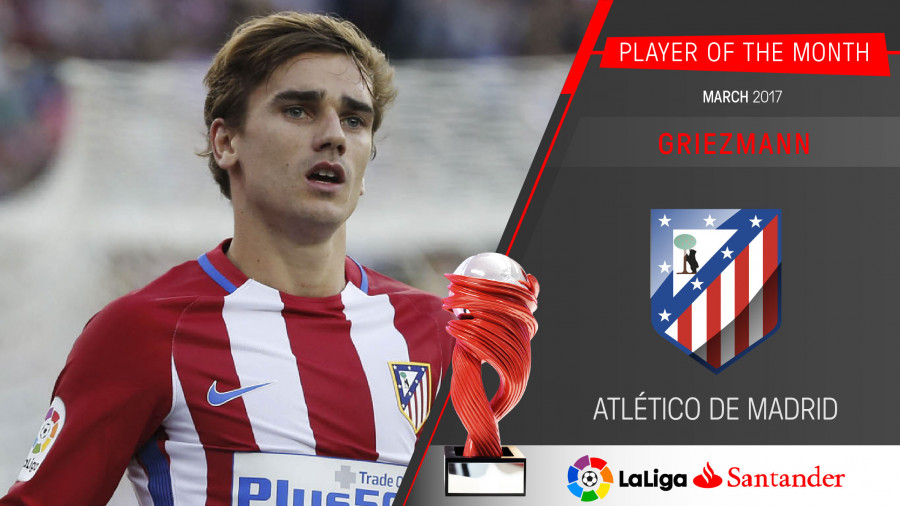 Griezmann, who is enjoying a rich vein of form, was one of Atletico's standout players in March and played an instrumental part in the side's vastly improved recent performances. The Frenchman managed to get on the scoresheet in each of the club's five league fixtures last month, although his influence is certainly about much more than just goals. The 26-year-old's all-round game is integral to driving Diego Simeone's charges forward as a team.

This accolade, which is awarded by Santander, the competition's main sponsor, and voted for by the LaLiga.es writers, was handed out by D. Juan Jose Gonzalo Diaz, the bank's director for the Madrid region.