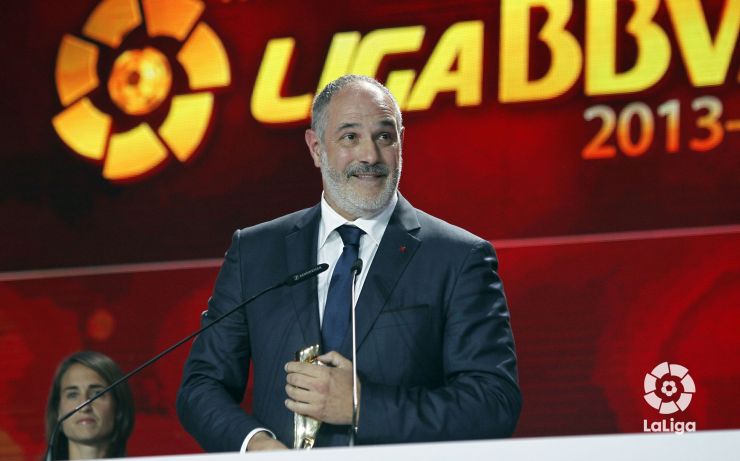 The FC Barcelona player from La Mancha won the accolade at the '2014 LFP Awards Ceremony'.

Iniesta was once again one of the Azulgranas' key players last season, delighting football fans with his endless talent. The player from La Mancha, considered one of the best footballers on the continent, played 35 Liga BBVA matches for Barça, scoring three goals and setting up a further seven.

After a whole career dedicated to FC Barcelona, where he has won absolutely everything, Iniesta continues to be one of the flag-bearers of the Azulgranas and the Liga BBVA. His intelligence, elegance, vision and exquisite technique on the pitch are the calling cards of the midfielder from Fuentealbilla, who won the same award at the '2013 LFP Awards Ceremony'.

"I want to say thanks on behalf of Andrés, who is injured. Prizes are always welcome. Hopefully he'll be back on the pitch soon", said Andoni Zubizarreta, who recieved the prize for Iniesta.