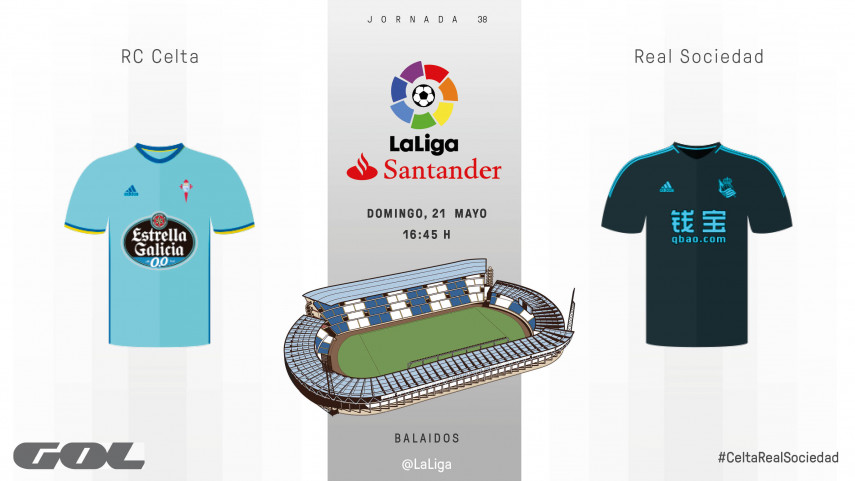 Celta look to send Berizzo off in style

Their rivals, Real Sociedad, travel to Vigo needing a win and for Villarreal and Athletic to drop points in order to secure a Europa League berth.

- Celta could end the season – and the Berizzo era – with a win. The Argentine coach will leave the club this summer and will be keen to finish on a high, snapping a five-match losing streak.

- The side from Vigo have lost just once in their last 21 league meetings with Real Sociedad at Balaidos (W11 D9). The last defeat – a heavy 5-2 reverse – came back in January 2004.

Translation: Berizzo: "I'm leaving with the feeling of having helped the fans feel proud."

- The Basque outfit head into the final game of the season with Europe on their minds. Eusebio’s side need a win to qualify for next year’s Europa League. Their direct rivals, Athletic Club and Villarreal CF, remain neck and neck in the table and La Real could sneak in ahead of them.

- The ‘txuri-urdin’ come into the match having drawn their previous two games, against Sevilla FC (1-1) and Malaga CF (2-2).

Eusebio: “We’re convinced that we will get the reward which we feel we deserve for all of the hard work we have put in over the whole year”. pic.twitter.com/NbZmXbqINn