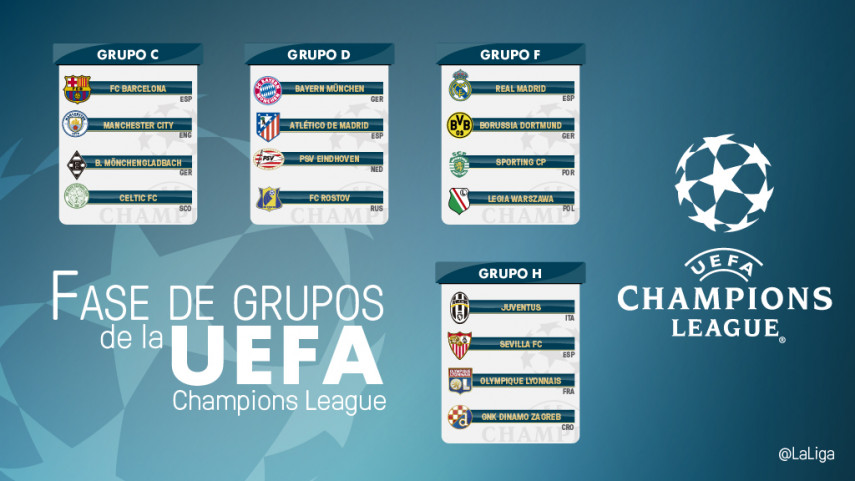 Real Madrid, Atletico Madrid, FC Barcelona and Sevilla FC, the four LaLiga Santander clubs in the UEFA Champions League 2016/17, found out who their opponents will be in the Group stages after the draw took place at the Foro Grimaldi in Monaco on Thursday.

Last year's finalists, Atletico, were drawn in Group D with Bayern Munich (GER),  PSV Eindhoven (NED) and FC Rostov (RUS). Diego Simeone's men have reached the final twice in the last three years, to be denied by their city rivals Real Madrid on both occasions, and have a point to prove this year.

The LaLiga champions FC Barcelona entered Group C, where they need to get past Pep Guardiola's Manchester City (ENG), Borussia Mönchengladbach (GER) and Celtic (SCO) if they are to go on and win a sixth European crown.