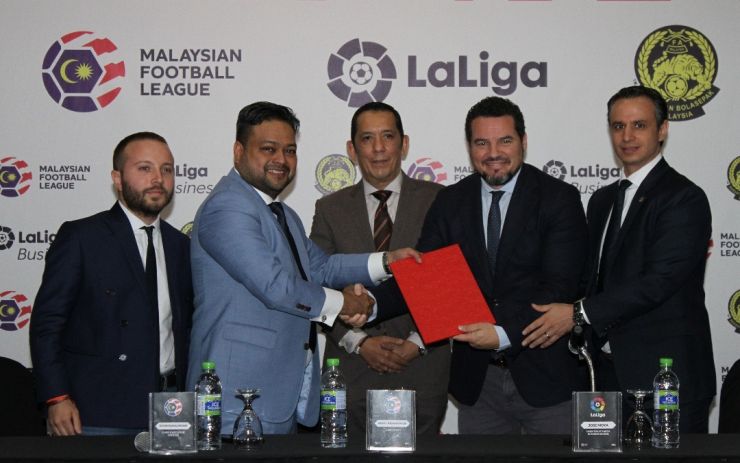 LaLiga Business School, LaLiga’s educational department responsible for finding and nurturing talent in the sports industry, has just signed its first agreements in Asia, keeping with LaLiga’s global outlook. Through both alliances LaLiga Business School will start operating in Malaysia and Thailand, both of which are strategic countries for LaLiga and in which there is great interest in Spanish football.

In the case of Malaysia, LaLiga has once again joined forces with prestigious partners such as the Malaysian Football League (MFL) and the Football Association of Malaysia (FAM), with whom LaLiga had signed an agreement last November to jointly develop an educational program. The agreement involves the establishment of sports courses for professionals in the Malaysian league and federation itself, as well as for clubs and the local sports industry. This agreement will come into fruition next March, with the inception of a sports marketing course.

The announcement of this collaboration was made in a joint ceremony with both local institutions attended by Jose Moya, Director of LaLiga Business School, Ivan Codina, LaLiga’s Managing Director / SEA for Australia, Japan & South Korea and Giorgio Pompili Rossi, LaLiga Delegate for Malaysia as well as the CEO of the local league and other representatives from the Malaysian institutions.

At the end of November an announcement for the agreement between LaLiga Business School and the University of the Thai Chamber of Commerce (ISM-UTTC) to run courses for professionals in the sports industry was also made. The first of these will be a sports marketing course from which, among other individuals, the professionals of the sports clubs in the region will be able benefit. The MoU signed between the two institutions was presented in Bangkok with representatives from the institution, the Director of LaLiga Business School, Jose Moya, and the Delegate of LaLiga in Thailand, Jose Maria Gotor.

The aim of both agreements is to establish a mutual collaboration in order to exchange practical and theoretical knowledge, as well as to show LaLiga's firm commitment to training and education, which is an essential step in the professionalization of the industry.

These two agreements, which are the first that LaLiga Business School has established in Asia, join those already present in other countries outside of Spain. These include Colombia, Ecuador, the United States, Mexico, Panama, Peru and Puerto Rico in the Americas, as well as those signed in Egypt, Nigeria, Cameroon, Senegal, Hungary, Finland and Georgia. In just one year since LaLiga Business School branched out internationally it has already established partnerships with prestigious institutions such as the ESLSCA Business School in Egypt, the Lagos Business School in Nigeria, the Universidad Externado de Colombia and the Autonomous Technological Institute of Mexico, among others.