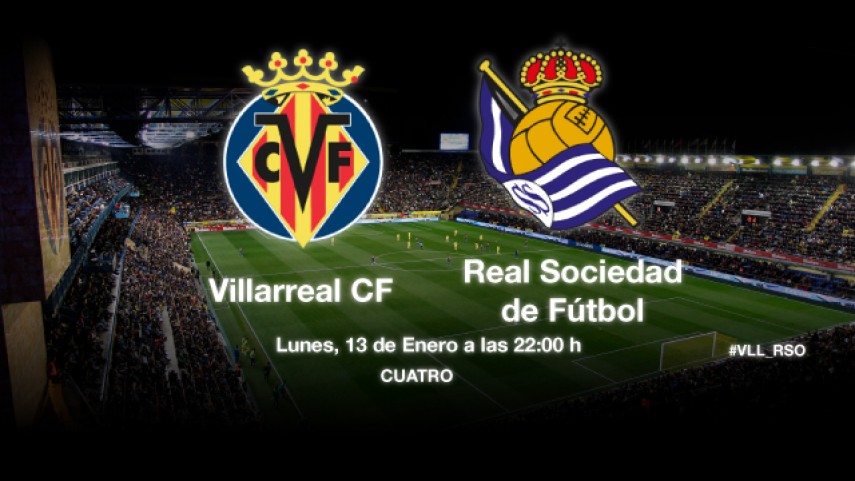 Direct rivals fight it out for a Champions League place

Villarreal and Real Sociedad, who are only separated by a single point in the table, will fight it out to move even closer to a spot in Europe’s most prestigious competition.

Villarreal CF and Real Sociedad will draw a close on the Liga BBVA matchday 19 action with a game where both sides will be looking to inch closer to one of the UEFA Champions League spots. They sit five and four points away from the last qualification spot respectively. The match will take place Monday night at 22:00 in El Madrigal.

The Yellow Submarine, which lays one point behind its rival, will take on the Basque side for the second time in a week after both teams drew 0-0 in the Copa del Rey. Analysing the opposition ahead of the match, the home team’s coach, Marcelino García Toral, said: "Real is a good side, with a well-organised defence, which I think has improved since last season, and a very strong attack made up of some tremendous players ". Marcelino will be without Pablo Iñiguez in defence as well as Cani and Hernán Pérez in midfield.

The San Sebastian side, which is currently enjoying its best run of form this season, will be looking to record its sixth straight win in the Liga BBVA. The away team’s coach, Jagoba Arrasate, examined the upcoming opposition in terms of the race for Champions League qualification: "At the moment Villarreal is a direct opponent and there are three very valuable points to play for".