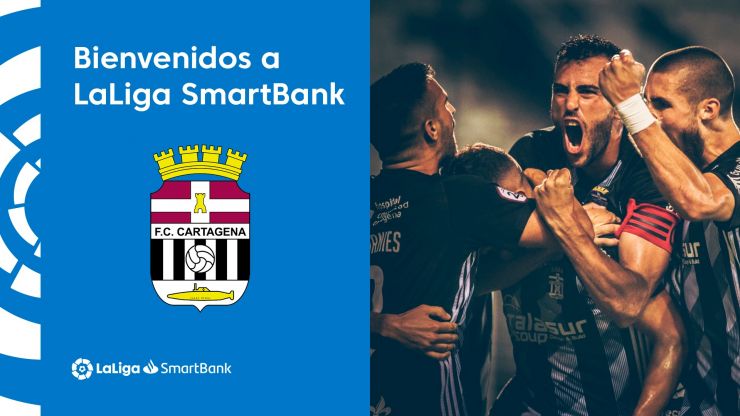 The team from Alicante overcame Atletico Baleares on penalties in the play-off for promotion for LaLiga SmartBank, returning to the second tier of Spanish football following an eight year absence.

FC Cartagena are back in LaLiga SmartBank. Eight years following relegation to Segunda B, the side from Alicante will return next season after beating Atletico Baleares in the play-off on Sunday night.

Their promotion comes following the premature ending of their domestic season, where they found themselves top of Group VI in the third tier of Spanish football before the enforced break for COVID-19. After four months out of action, the team managed by Borja Jimenez fought to a 0-0 draw in the play-off on Marbella, eventually triumphing 4-3 in the penalty shootout.