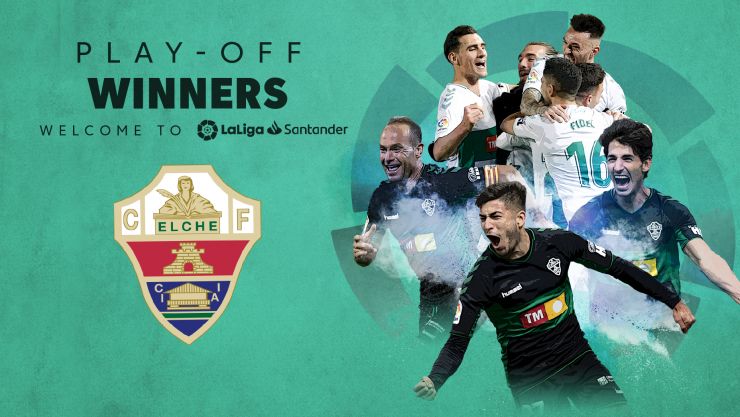 The team from Alicante left it late against Girona FC on Sunday, substitute Pere Milla scoring the decisive goal in the 96th minute of the play-off final second leg (0-1) to earn promotion to LaLiga Santander.

Elche CF will play in LaLiga Santander 2020-21. The team managed by Jose Rojo Martin - better known as Pacheta - return to the top flight after a five year absence after overcoming Girona FC in the play-off final.

Just as it looked to be heading to extra time at Montilivi, the visitors struck in the dying moments through Pere Milla, a second half substitute. The Catalan-born wing man headed home Juan Cruz's cross from the left flank to win the tie, and seal promotion after an intense 180 minutes.

Elche, who finished sixth in the LaLiga SmartBank standings, will join SD Huesca and Cadiz CF in LaLiga Santander next season. It will be their 22nd year in the top flight, and first under Pacheta who orchestrated promotion from Segunda B just two years ago.