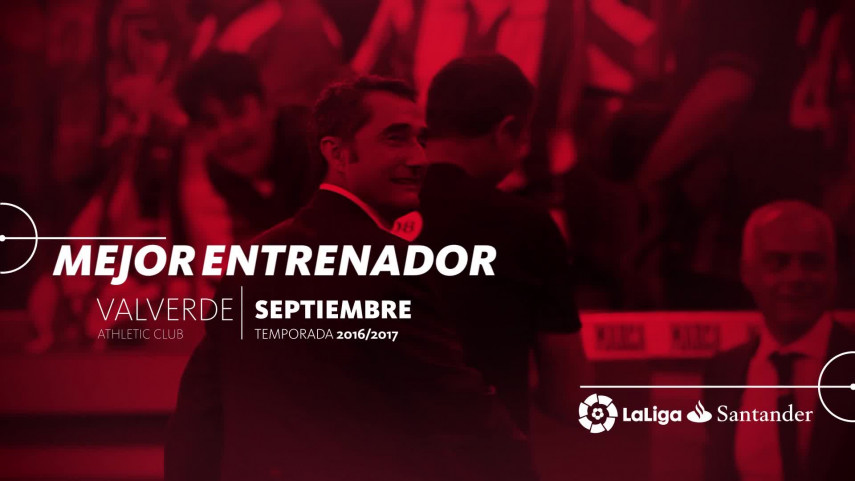 The Athletic coach receives this award in recognition of his side's clean sweep of victories during the last month of the competition.

Ernesto Valverde has been crowned the LaLiga Santander Manager of the Month for September on the back of Athletic Club's fine run of form in the competition, which saw the Basques win all four of their games during September.

This accolade - which is awarded by Santander, the competition's main sponsor, and voted for by the LaLiga.es writers - was presented by Mrs Patricia Arias, the bank's regional director for the Basque Country. Following on from an inconsistent start to the campaign, Athletic have managed to put a smile back on their supporters' faces after an excellent sequence of results in September. Valverde's troops won all of their games during the month, overcoming RC Deportivo, Valencia CF, Granada CF and Sevilla FC, whilst netting eight goals and conceding just three in the process.