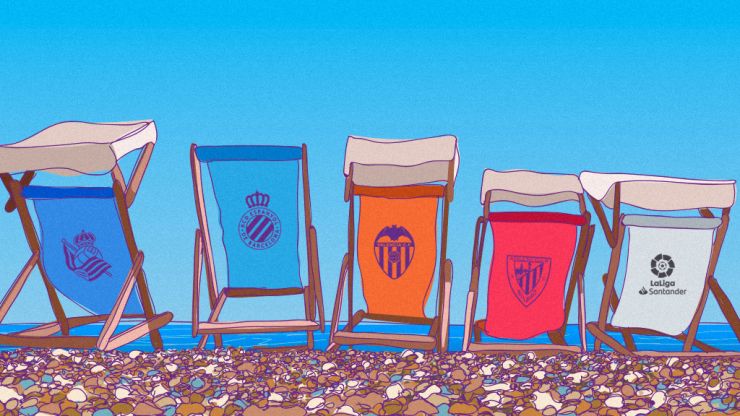 Summer in the UK with LaLiga Santander

With temperatures hitting Mediterranean levels in the UK it’s only right that LaLiga Santander clubs take advantage of the heatwave to venture north to continue their pre-season preparations. Four classic clubs from Spain are playing six friendlies against opposition up and down the United Kingdom, a perfect chance to gauge the progress the quartet are making ahead of the return to action next month.

The clubs who finished seventh and eighth in LaLiga Santander last season, RCD Espanyol and Athletic Club, take on Sheffield Wednesday and West Ham United respectively. Espanyol have a new coach in David Gallego while may eyes will still be focused on Chinese forward Wu Lei. Athletic coach Gaizka Garitano gets his chance to prepare the team the way he would like from the outset having taken the helm midway through last season.