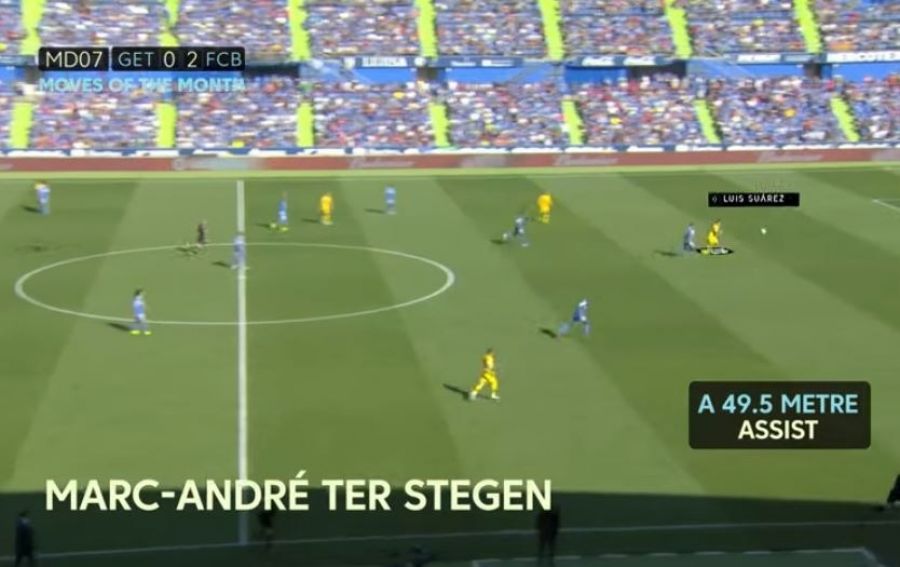 Rexona moves of the week 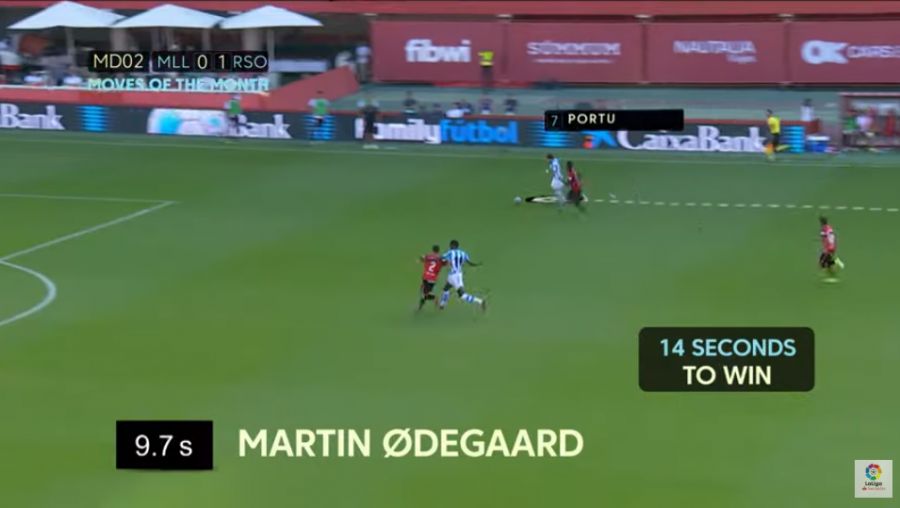 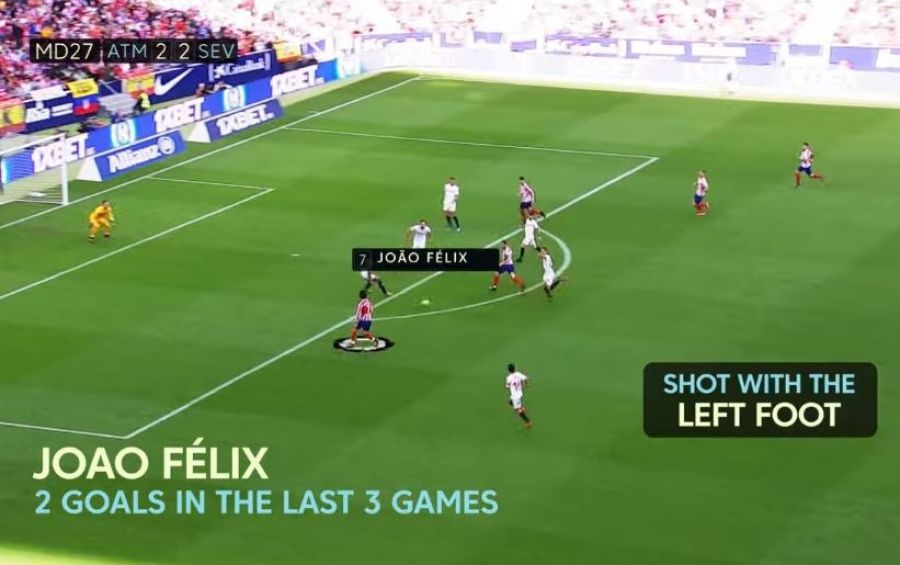 Atlético de Madrid and Sevilla FC ends in a draw but was not short of goals. CD Leganés win with Óscar Rodríguez’s brace at the La Ceràmica stadium. Real Madrid fall from LaLiga top spot after losing to Real Betis. 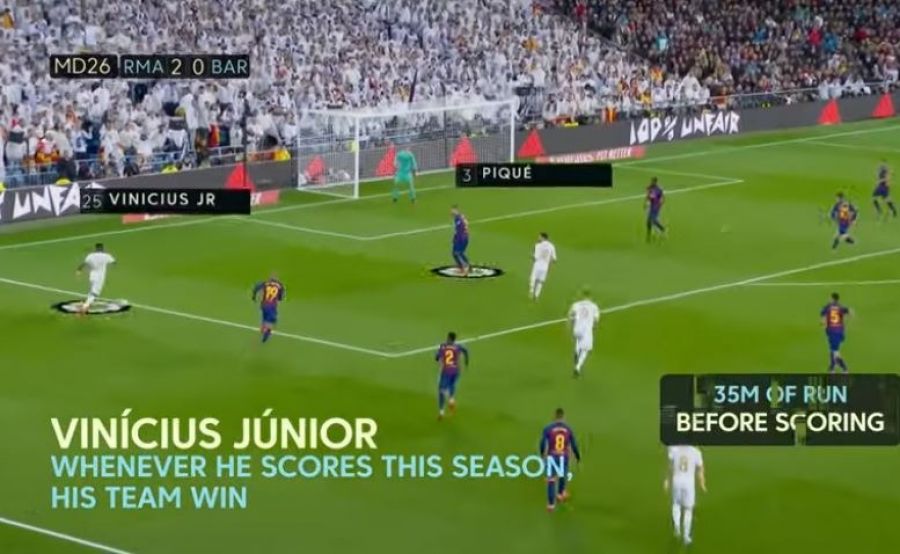 Valencia CF get back to winning ways after beating Real Betis. Real Madrid go back to the top of LaLiga after winning ElClásico. Sevilla FC get their 2nd win in a row after beating CA Osasuna. 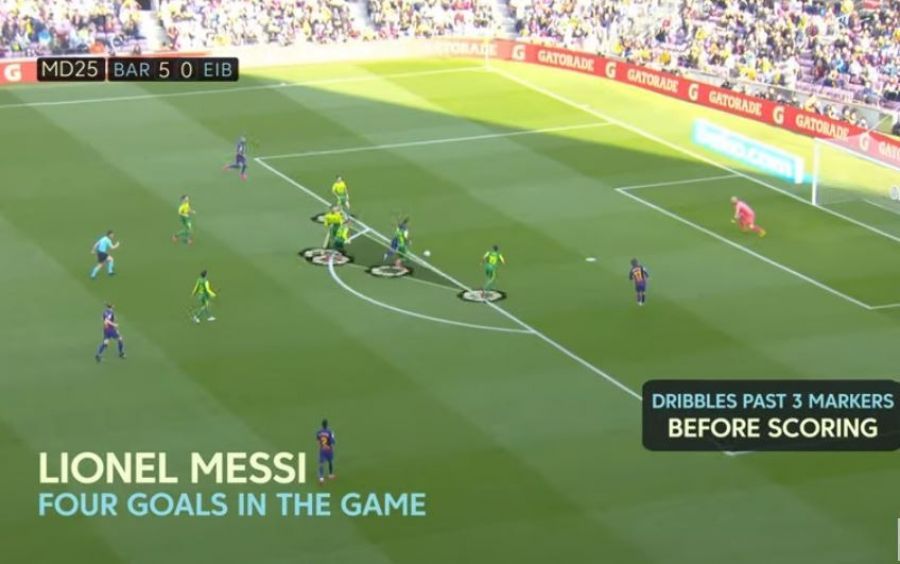 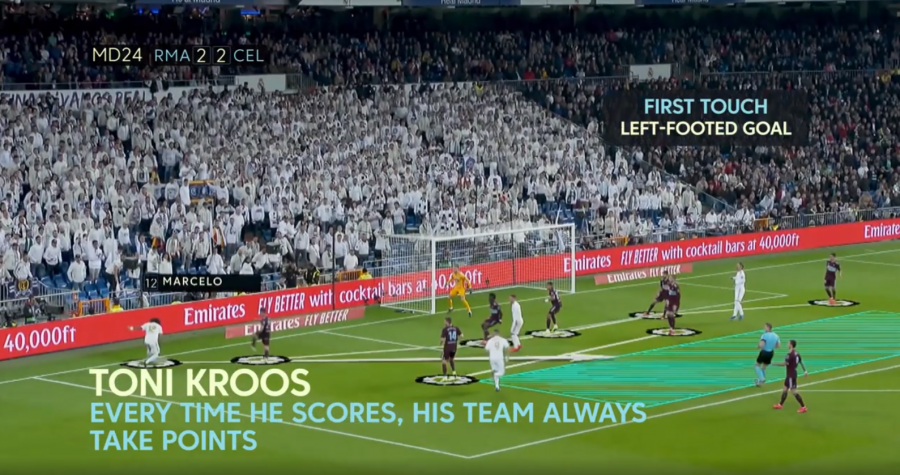 Carlos Fernández gets the win for Granada CF against R. Valladolid CF in the last minute. Real Madrid and RC Celta draw in a game that wasn’t short on goals. Exciting draw at Mestalla between Valencia CF and Atlético de Madrid. 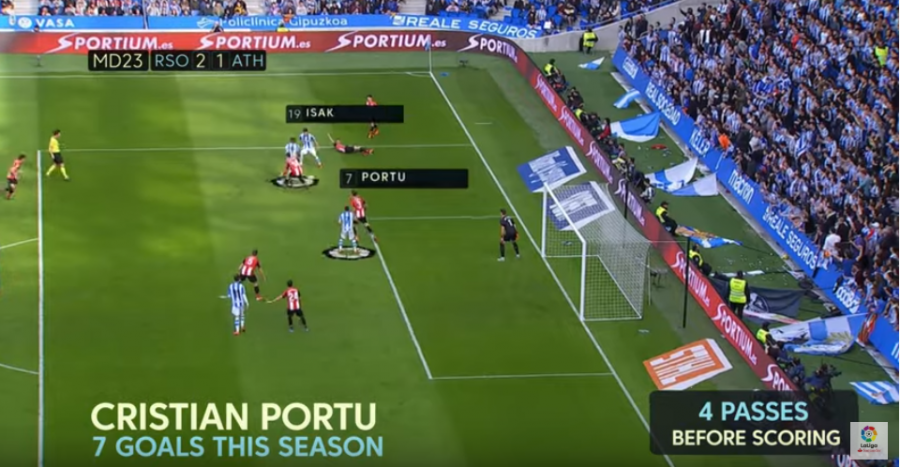 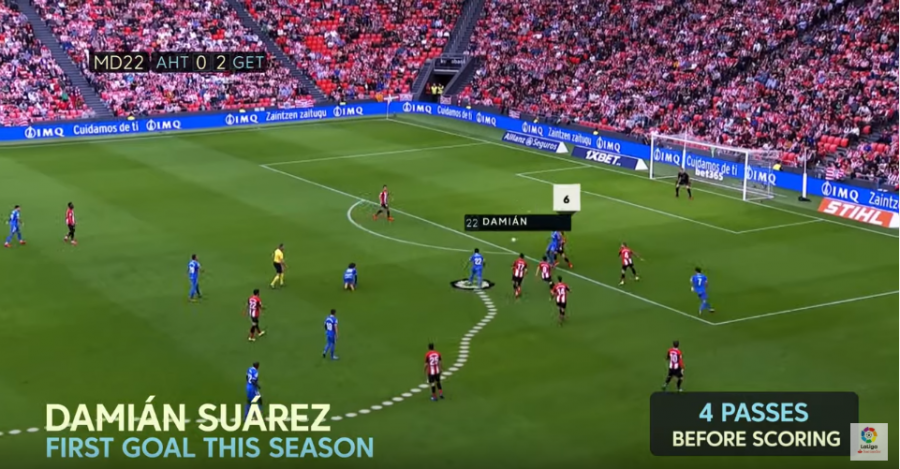 A prestigious victory for Getafe CF at San Mamés to earn the 3rd spot. A solo goal by Benzema gives Real Madrid the win in ElDerbi against Atlético de Madrid. Second victory in a row for Valencia CF to continue climbing the table. 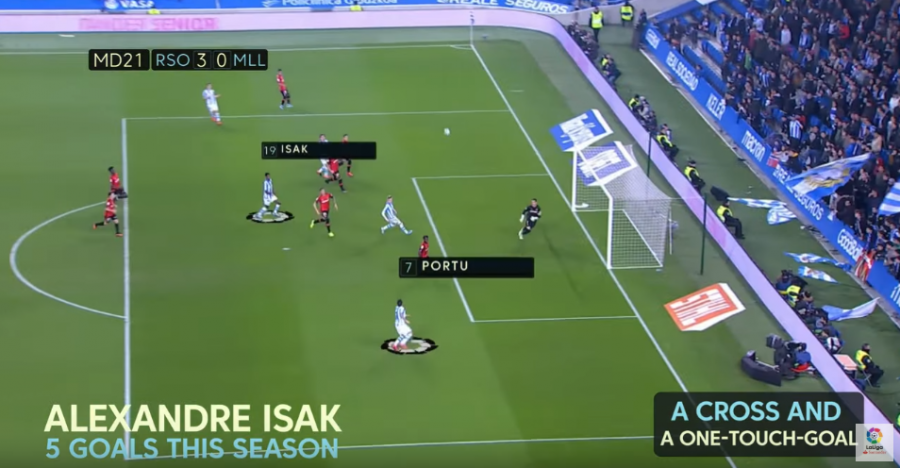 Real Sociedad gets a big win after a brilliant second half performance. Valencia CF beat FC Barcelona in a historic victory. CA Osasuna get closer to 9th place after their win against Levante UD. 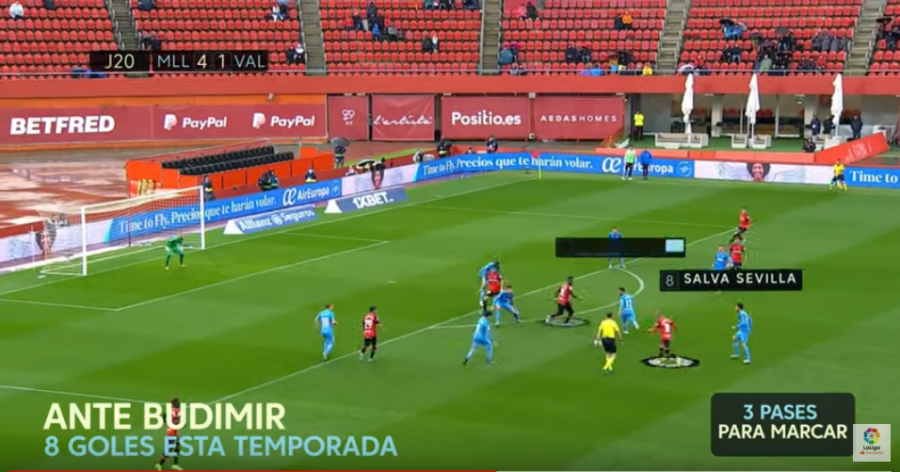 An Exposito piledriver, a well practices finish from Budimir and another finessed Messi goal all make our Rexona Moves of the Week. 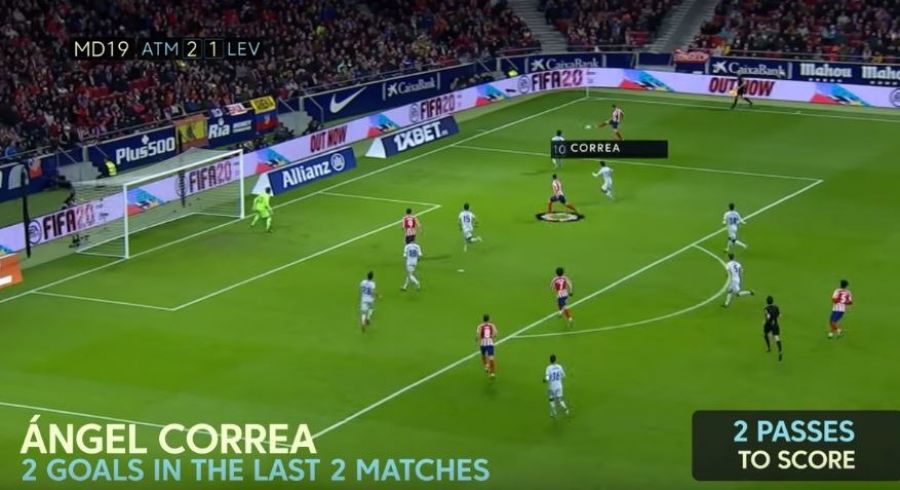 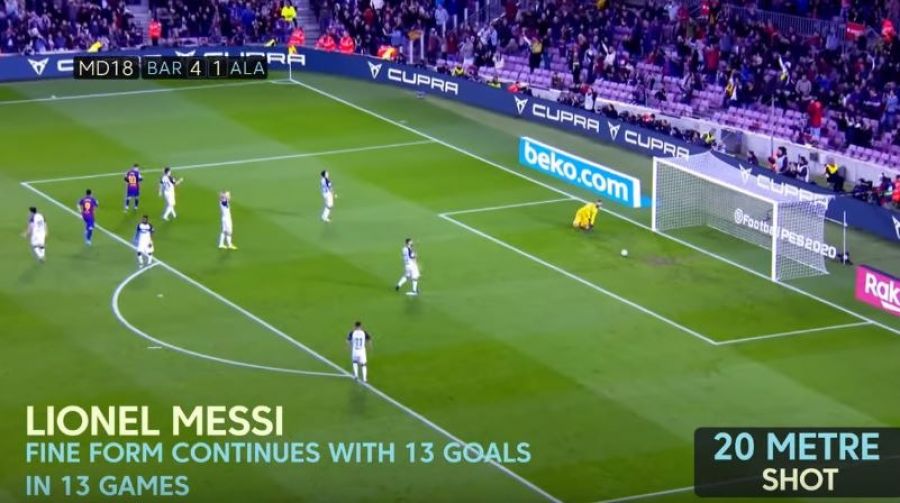 Lionel Messi continues to set the pace among LaLiga’s stars in Rexona’s Moves of the Week! Youssef En-Nesyri scored the goal that helped CD Leganes move closer to safety. Thanks to his spectacular free-kick, Martin Ødegaard stars in the Rexona Move of the Week. 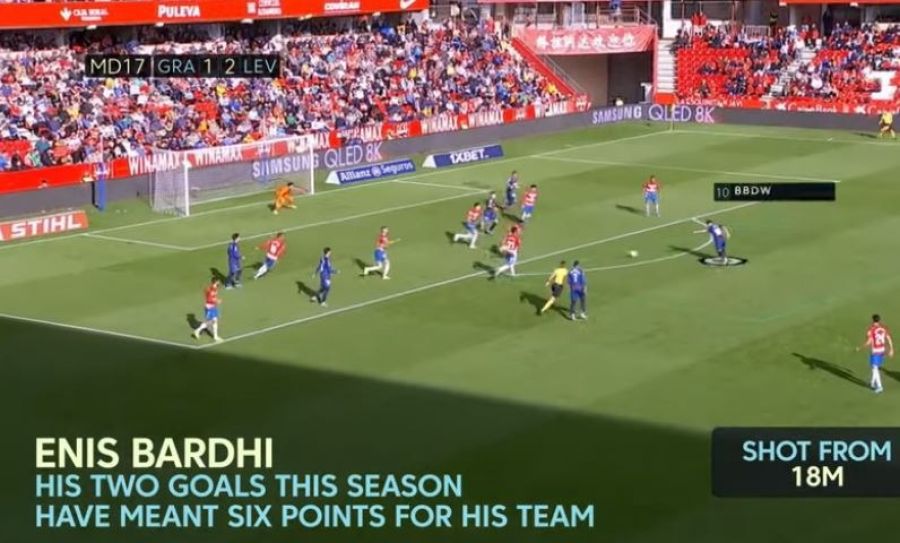 Saul pulls off an incredible turn and finish against Osasuna, Enis Bardhi hits a well-practised long shot versus Granada and Antoine Griezmann takes the two perfect touches to score against his former team! 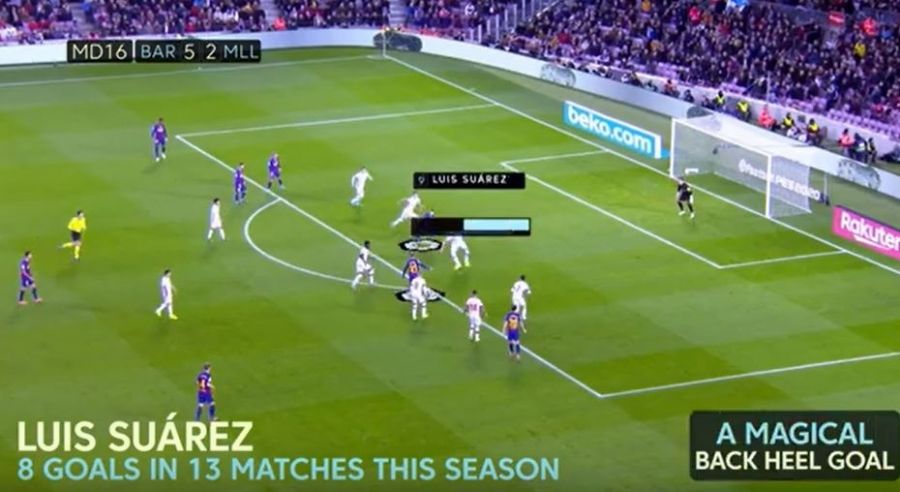 A Joaquín hat-trick gives Real Betis their third win on a row. Suárez, De Jong and Sergi Roberto score an incredible teamwork goal with the perfect finish against RCD Mallorca. Valencia smash in 4 goals at the Ciutat de Valencia in ElDerbi Valenciano. #MovementIsEverything 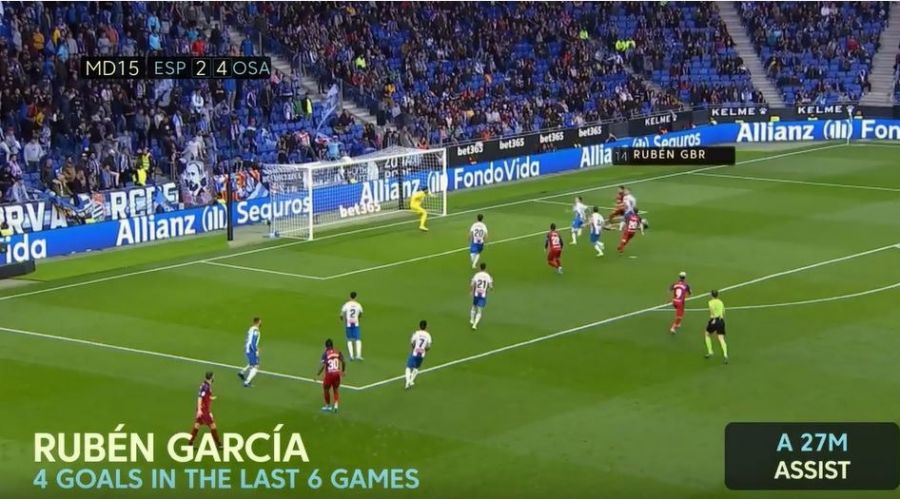 Osasuna move away from the relegation zone with four goals at the RCDE Stadium. A solo goal by Messi allow FC Barcelona to take the win at the Wanda Metropolitano. Valencia CF win the derby and get closer to the top of LaLiga. 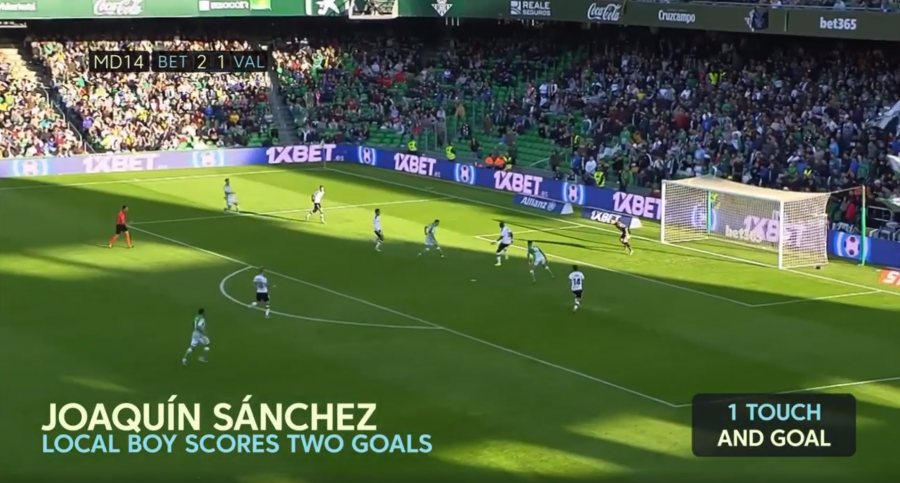 Real Betis moves out of the relegation sports with a win against Valencia. Real Madrid keep up with top-spot after coming back to win against Real Sociedad. A draw between Granada and Atlético de Madrid keep them both in touching distance to the top of the table. #MovementIsEverything 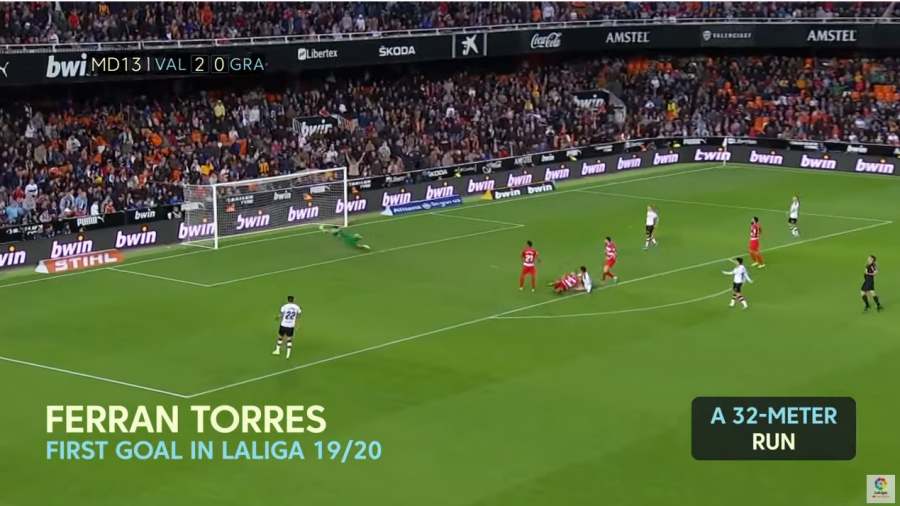 Wass and Torres’ goals help Valencia beat Granada. Valverde gets his First goal for Real Madrid in LaLiga at Ipurua. Morata helps lead the charge for Atlético de Madrid in their win at home. #MovementIsEverything 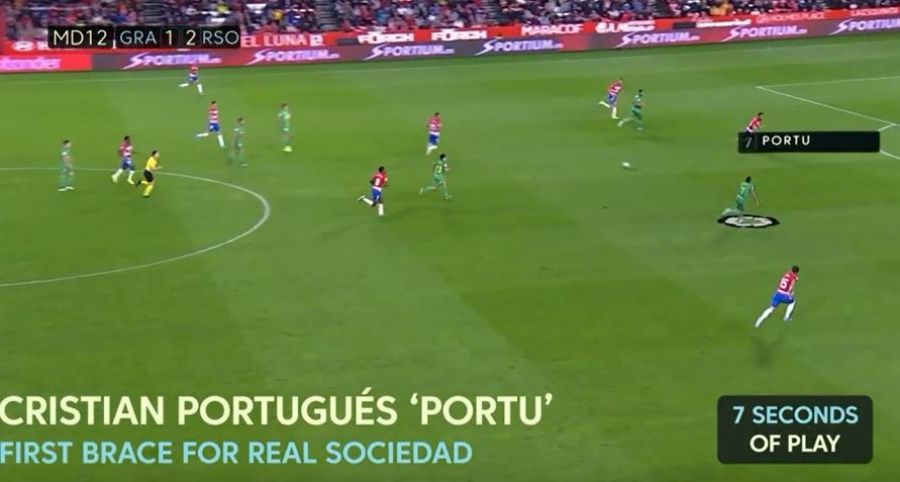 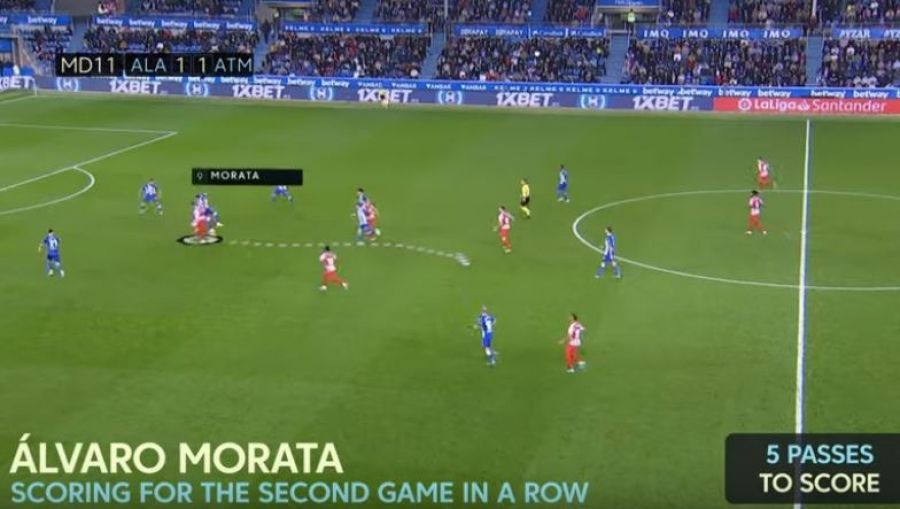 Morata scored for the second game in a row after Correa´s amazing pass. Rakitic found the space and Messi finished on the move. Bardhi scored his first goal of the season with a beautiful chip. #MovementIsEverything 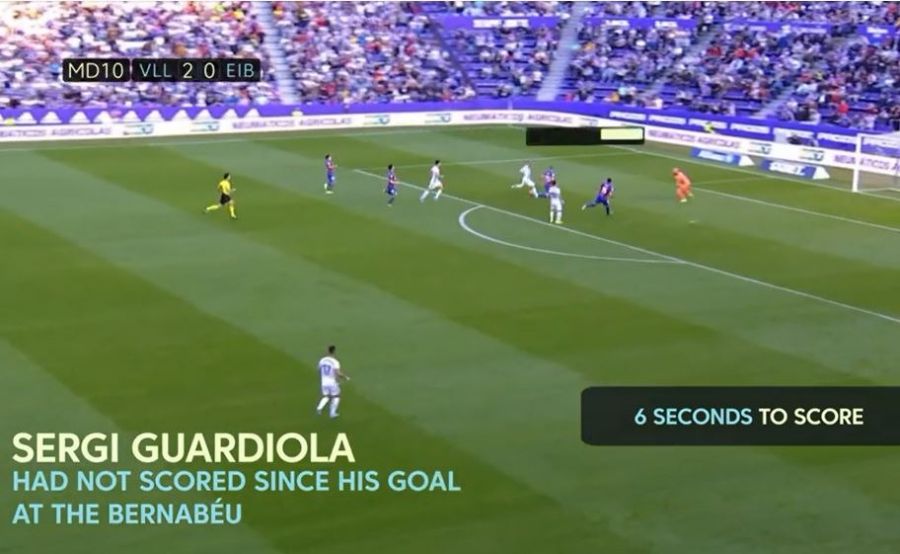 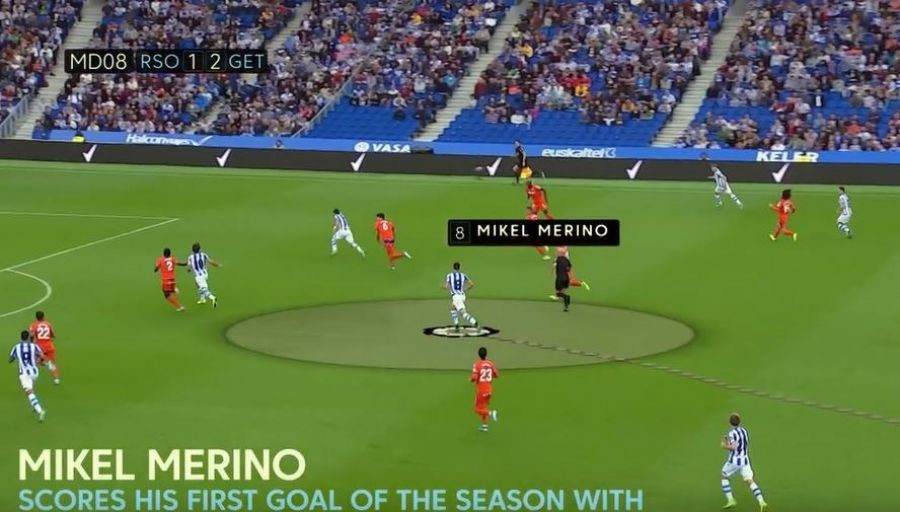 Merino’s amazing goal is not enough for Real Sociedad to overcome Getafe. Real Madrid’s win against Granada CF keeps them at the top of the LaLiga table. Valencia CF’s win makes it two in a row for them. #MovementIsEverything 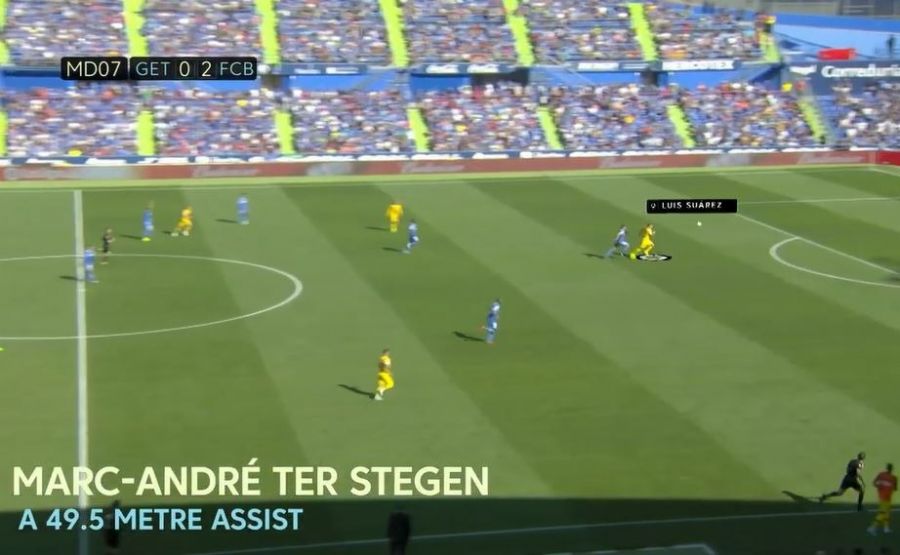 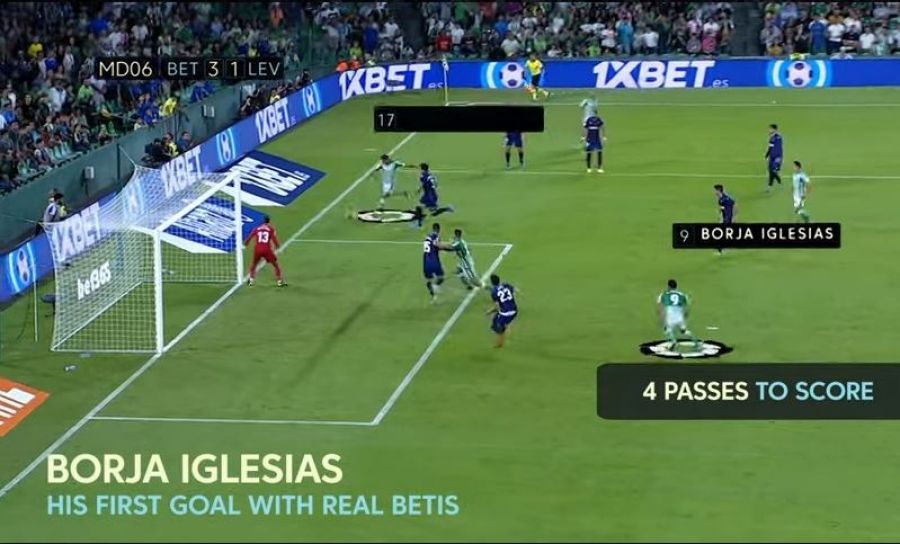 Borja Iglesias scores his first Betis goal with an assist from Joaquín. Rodrygo scores after 96 seconds on his debut. Lee Kang-in scores his first LaLiga goal in a 6 goal thriller between Valencia and Getafe! #MovementIsEverything 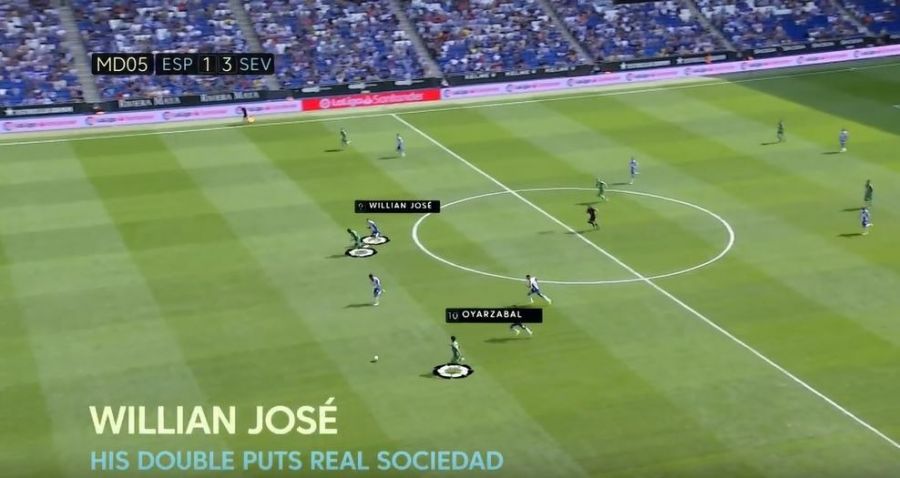 ‘Willian José kicks off his goalscoring this season with a brace against Espanyol. Granada beat Barça, becoming the breakout team of LaLiga This season. Ontiveros scores his first headed goal in LaLiga! #MovementIsEverything 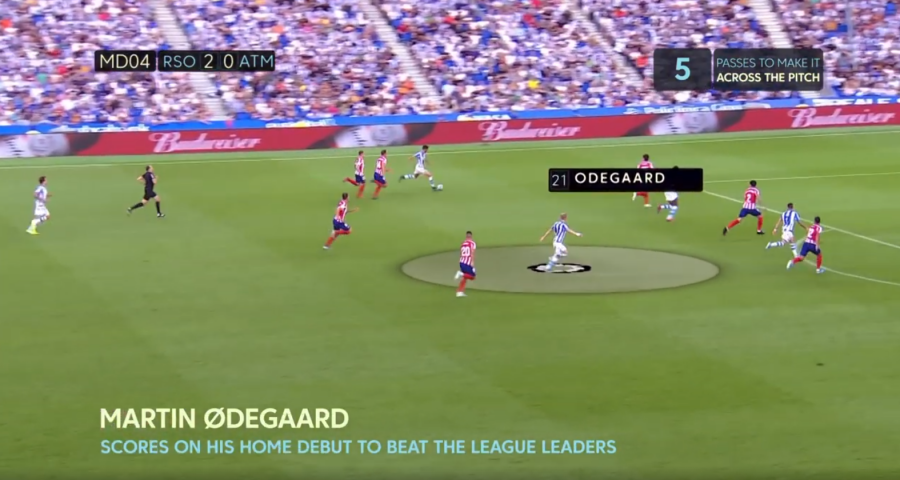 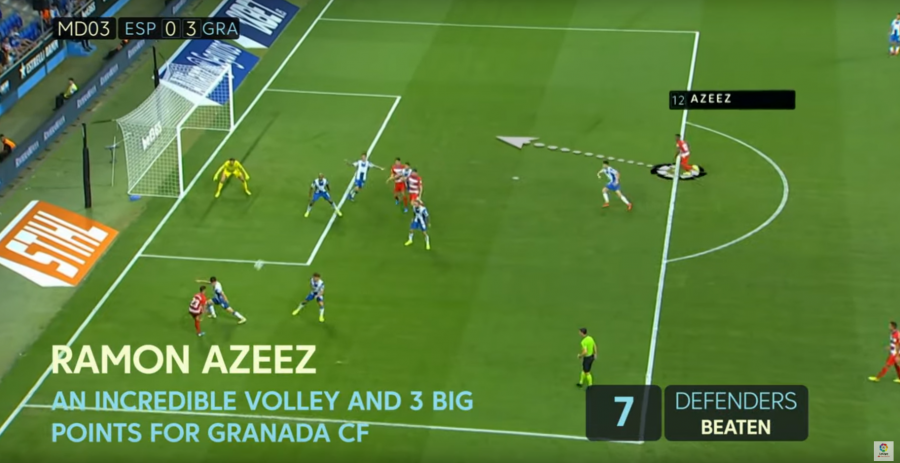 Granada CF shines at RCDE Stadium with a prestigious victory after an incredible volley. Ansu Fati becomes the youngest player to score ever for FC Barcelona in LaLiga. A first touch finish by Iñaki Williams to open the scoring in ElDerbi Vasco. 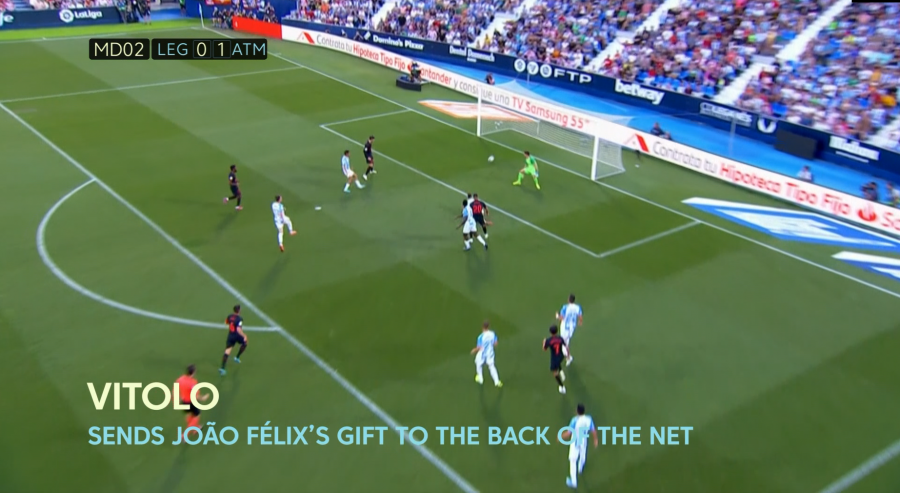 Martin Ødegaard starts the play then finishes it off with a perfect strike. Gerard Moreno scores after brilliant build-up play by Villarreal. Atletico get their second victory of the season. 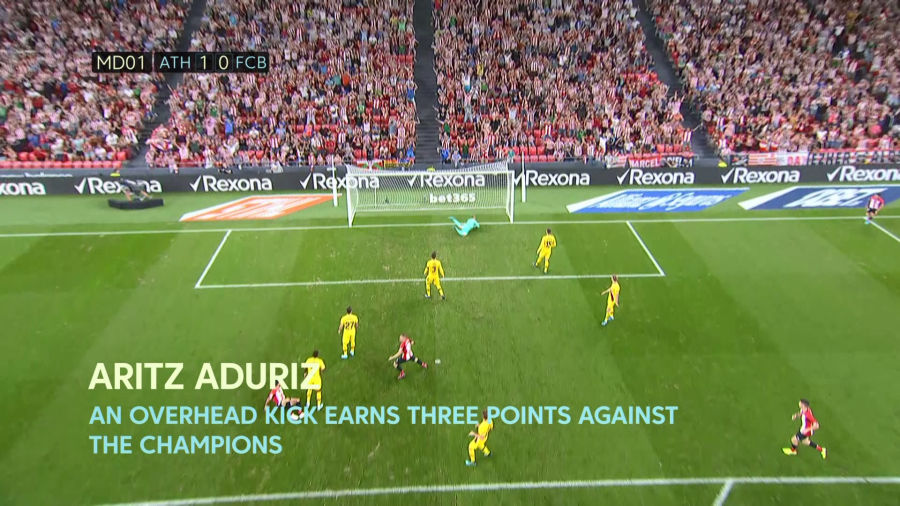 Aduriz scores an incredible overhead kick against Barcelona in the first LaLiga game of the season. Gameiro starts and finishes the opening goal for Valencia. Debutant Trippier provided Morata with a great assist for Atletico Madrid.