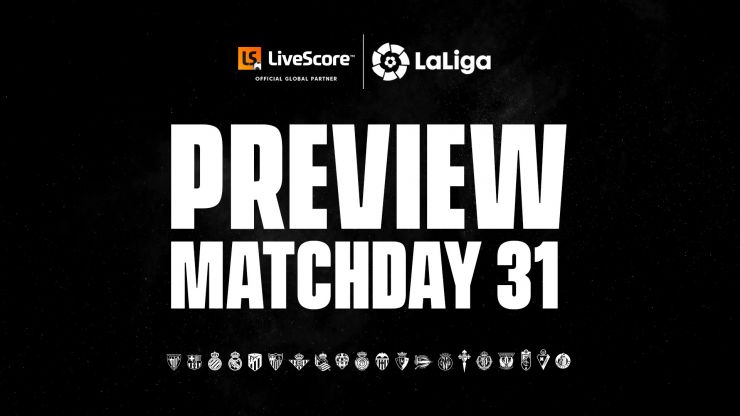 FC Barcelona’s scoreless draw with Sevilla FC on matchday 30 meant the reigning LaLiga Santander champions surrendered their lead atop the table. Despite a dominant 68% share of possession, the Catalan side struggled to generate clear cut chances, with Sevilla FC producing the better of the attempts only for Marc Andre Ter Stegen to deny them on several occasions. FC Barcelona’s quest for a third-straight title gets no easier on matchday 31 as they host Athletic Club, a side that haven’t been at their best so far this season but are full of talent and who are unbeaten since the competition’s return including a hard-fought 1-1 draw with Atletico de Madrid. Athletic Club won the earlier meeting this season 1-0.

Real Madrid are now LaLiga Santander leaders after overcoming a fast-finishing Real Sociedad 2-1 and FC Barcelona drawing 0-0 with Sevilla FC. Goals from captain Sergio Ramos and talisman Karim Benzema sent Los Blancos back to the top of the table, separated only by their head-to-head record with FC Barcelona, having beaten their arch-rivals 2-0 in Madrid in March. They will look to consolidate top spot as they host RCD Mallorca on matchday 31 who sit 18th on the table, three points shy of safety and winless in their last three games. A Real Madrid win and FC Barcelona dropping further points could go a long way to deciding the Spanish champions for the 2019/20 season. RCD Mallorca did, however, stun Real Madrid 1-0 earlier this season.

Atletico de Madrid continued their undefeated re-start to LaLiga Santander with a second consecutive victory on the weekend, a 1-0 win over R. Valladolid thanks to a late goal from substitute Vitolo. That result and Sevilla FC’s 0-0 draw with FC Barcelona saw Atleti jump back into third place and keep a four-point gap between themselves and the top four chasing pack. They travel to play Levante UD on matchday 31 who have been in promising form since LaLiga’s return, earning draws against Valencia CF and Sevilla FC, as well as the weekend’s strong 3-1 victory over RCD Espanyol. They appear to be guaranteed top-flight football for next season and pose a huge threat to Atletico de Madrid who are looking to lock in a place in Europe’s top competition for the 2020/21 season. Atletico de Madrid won the previous meeting this season 2-1.