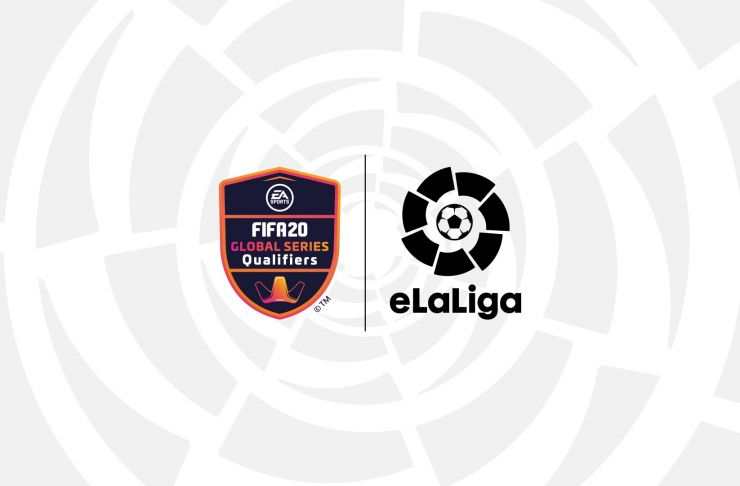 The competition, which is set to kick off in January and run through to May, will continue to connect the excitement of esports and the passion of football.

The official EA SPORTS™ FIFA 20 Global Series competition in Spain, which is run thanks to the collaboration between LaLiga and Electronic Arts (EA SPORTS), now has a start date in January. Last season, the competition had over 3.7 million views and during the 2019/20 campaign, it will be given a makeover in the shape of a new image and a new official name: eLaLiga.

With over 16,000 inscriptions in the nine qualifying tournaments in 2018/19, the new season promises to be filled with new additions and improvements. There will be an initial online sign-up in which fans will be able to join a LaLiga Santander or LaLiga SmartBank club and, as well as three online tournaments, there will be two live tournaments. These different phases will allow participants from all around Spain to rack up points and progress on a national leader board, the highest ranking at the end of the season will qualify for the Grand Final in May, which will also be a live event.

esports and new technology are two of LaLiga's main commitments, as shown by the fact that the sponsorship agreement with Electronic Arts was recently renewed up until the 2023/24 season. eLaLiga will be looking to record even more incredible figures in 2019/20, which is why the competition will be available on multiple platforms, such as LaLigaSportsTV, Twitch, Facebook Live and LaLiga.com.

The competition will kick off in January

The competition, which is set to kick off in January and run through to May, will continue to connect the excitement of esports and the passion of football. Levante UD player Daniel Aguilar, who came third last year, said, "There are incredible emotions involved when you play in this tournament, which is the best in Spain."

With the continued expansion of LaLiga's internationalisation process, the eLaLiga competition reinforces the organisation's commitment to connecting with LaLiga fans all over the world and to the EA SPORTS™FIFA 20 Global Series experience within the eSports universe.

How to register for EA SPORTS™ Global Series

Players who register at FUTChampions.com by October 31 or between January 16 and 31, 2020, will be eligible to participate in tournaments within the FIFA 20 Global Series, including eLaLiga. In addition, the players who get the best performances in the eLaLiga will also earn points that will help them qualify for the FIFA 20 Global Series Playoffs.