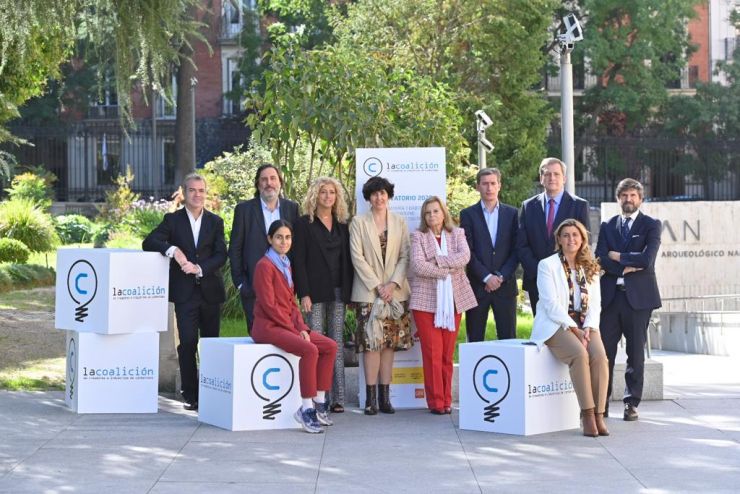 Decisive moment to advance the fight against digital piracy

Digital piracy in Spain has experienced another decline in absolute figures, according to the Observatory of Piracy and Consumption Habits of Digital Content 2020 report. The data shows another 7% annual drop in access to illegal content. A total of 5.239 billion pieces of illegal content were still accessed during the year, although this represents a cumulative decrease of 10% since 2018 and around 24% since 2015.

These are some of the main findings collected by the study, prepared by the independent consultancy GfK at the request of the Coalition presented by the Minister of Culture and Sports. Aside from GfK’s analysis, the report features a survey of over 3,000 Spanish consumers to discover their consumption of, and attitudes towards, pirated content.

Among the reasons that justify illicit access to content, 4 out of 10 consumers claimed "not knowing how to distinguish between legal / illegal platforms", while 54% argue that they do so because they already pay for an Internet connection or pay television.

Conversely, 8 out of 10 consumers found it “important” to be able to access cultural and entertainment content during the COVID-enforced lockdown and 6 out of 10 consider that "cultural creators and industries are a strategic sector for the economy and employment in our country", the same percentage that affirms that there is, in our country, a sufficient legal offer to consume / access culture.

Likewise, online streaming grew (from 22% in 2019 to 23% in 2020), for the fifth consecutive year. Regarding the form of access to illegal content, there is a slight decrease in the weight of search engines, going from 62% to 58% registered in 2019, with Google remaining the most used: 9 out of 10 accesses to pirated content are produced from your search results.

The percentage of websites offering illegal content that are financed by advertising remains above 90%, as in previous years. Of all this advertising, adverts for online gambling and betting sites increased to 51%, 41% to online sales websites or 33% to prestigious brand consumer products.

In addition to advertising, these sites collect data that pirates fraudulently collect in databases, which they later trade for high prices in the market. More than two-thirds of Internet users (65%) had to register as a user giving personal data (email 55%, mobile 17%, complete an opinion survey 17%).

IMPACT ON EMPLOYMENT AND STATE INCOME

In a scenario without piracy, the report finds, more than 20,000 new direct jobs could be created, which would mean an increase of 24%, which plus the indirect ones would mean 130,318 jobs.

Due to piracy, the Spanish economy did not receive almost €424 million in VAT and more than €59 million in personal income tax, while the amount not collected by Social Security reached almost €200 million in terms of contributions.

“We have the equipment, the technology and the knowledge to deal with the scourge that is audiovisual piracy, behind which there are organisations that profit from the work of legitimate creators, but to win this game there is a lack of a legal tool that allows content to be blocked in a fast and agile way."

During 2020, a total of 71 million football matches were illegally viewed, at a value of €282 million euros, (causing €231 million of damage). The number of matches watched illegally decreased compared to 2019, where 87 million matches were viewed, but the number of consumers who access to watch football through illegal portals remained the same.

Six years ago, LaLiga began developing its own tools to combat this threat. The result is Content Protection, a combination of AI-powered monitoring software and over 20 expert analysts who coordinate with online providers and legal authorities to secure the content’s removal.

The most recent results show Content Protection removed over 1.5 million illegal sources of LaLiga content in the last season, while its team secured blocking orders to 23 different web domains and complaints against the operators of 32 IPTV websites.