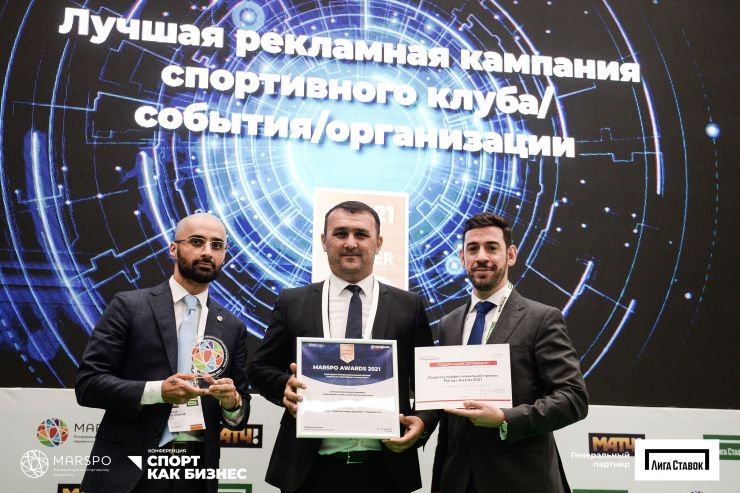 The award recognizes the creativity of its marketing campaign that was launched in Tajikistan in celebration of the biggest football match in the world, the ElClásico.

LaLiga has received the “Best Marketing/Advertisement Campaign in the CIS region” at the Marspo Awards ceremony held in Moscow this week. The award recognizes the creativity of its marketing campaign that was launched in Tajikistan in celebration of the biggest football match in the world, the ElClásico.

Speaking about the campaign and the award, Khais Rahmanie, LaLiga’s Delegate in Central Asia said: “We are delighted to receive this recognition, since we are one of the very few European sport entities that invests time, financial and human recourses in Central Asia. Events like the Red-Carpet campaign that we have organized in Tajikistan shows that LaLiga is doing its best to get better in touch with its fans and to create a unique experience for the spectators no matter what part of the world they are living. Football unites people and this way we hope the world will also notice the beautify city of Dushanbe.”

The Red Carpet in Tajikistan was part of a broader campaign of LaLiga on international level. The seven red-carpet (among them Sydney and New York) locations were carefully selected for both their prestige and entertainment, two characteristics synonymous with both El Clasico and the two clubs, FC Barcelona and Real Madrid. And where better to roll out the red carpet for ElClásico than in Dushanbe capital Tajikistan – a country with a rich history, where the art of carpet waving is a traditional element of the region and above all Tajikistan is a nation with a true passion for football.

The award reinforces LaLiga’s continued leadership in the international marketing landscape and the league’s dedication to creating tailored strategy around the globe. To highlight the consolidation of its brand LaLiga in the CIS territory has not only a representative in Central Asia but also in the strategic main market Russia, headed by Jose Carlos Loaiza LaLiga Delegate for Russia & Baltic countries, who added:

"We are very happy with this recognition. From London to Dakar, the installation of the LaLiga ‘Red Carpets’ across the globe has brought to life the excitement, the entertainment, the glamour and the global reach of this fixture and LaLiga. Despite a challenging year for the whole football industry, we are pleased to see we played a part in inspiring people, across Central Asia, through the power of sport and entertainment.”