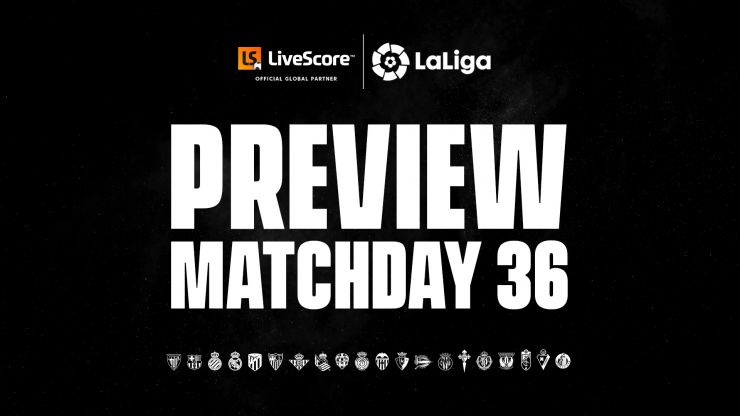 Real Madrid visit Granada CF on Monday evening knowing victory could see them crowned champions if results go their way over the weekend. However, FC Barcelona will be looking to keep the title race alive by beating Real Valladolid CF tonight.

Real Madrid head to Granada CF in search of a victory that could see them regain the LaLiga Santander title. A run of eight successive wins has given Zinedine Zidane’s side a four-point lead at the top with three games to play. Maximum points on Monday would leave them requiring just one more victory to be crowned champions, but they could win the title outright if FC Barcelona lose at Real Valladolid CF tonight. Granada CF come into the game with three wins from their last eight, leaving them ninth in the table. While Real Madrid have won the last nine meetings between these sides, Granada CF will hope to replicate the famous 1-0 victory they enjoyed back in 2013.

FC Barcelona kept the pressure on Real Madrid on Wednesday night with a 1-0 victory over RCD Espanyol — condemning their local rivals to relegation. Sitting four points behind the table-toppers with three games remaining, Quique Setien’s side know defeat at Real Valladolid CF would give their arch-rivals the chance to win the title on Monday. However, victory would move them back to within a point of the leaders and keep the title race alive. Real Valladolid CF suffered their first defeat in five games at Valencia CF on Tuesday, going down 2-1 after a run of three draws and a win. FC Barcelona have won 11 of the last 12 LaLiga Santander matches between these sides, with Real Valladolid CF’s only victory a 1-0 triumph in 2014.

Villarreal CF have won three of their last four league matches, with a 3-1 victory at Getafe CF in Matchday 35 solidifying fifth place in the table and leaving them just six points off the top four. On Monday, they host a Real Sociedad side who have won just one of their eight games since the resumption of LaLiga Santander, a run of form which has seen them slip to 7th in the table. This game could prove vital in the race for European qualification and the hosts have won five of the last seven league meetings with Real Sociedad.