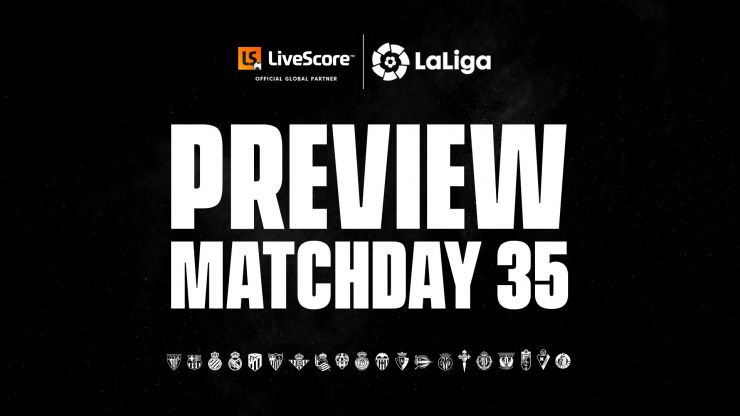 Real Madrid welcome D. Alaves in Matchday 35 knowing they are just three wins from regaining the title. Elsewhere, FC Barcelona will look to keep pace as they face RCD Espanyol in the Barcelona derby.

Real Madrid extended their winning run to seven games with a hard-fought 1-0 victory at Athletic Club on Sunday. Sergio Ramos scored his fifth goal in seven matches, making him the league’s top scorer since the restart last month. The table-toppers now need three wins from their last four games to secure the LaLiga Santander title and will be hoping for victory as they host D. Alaves. The visitors are 15th in the table having lost their last five games, scoring once and conceding 12 in the process. Sitting just above the relegation zone, D. Alaves will be looking for points to secure their LaLiga Santander status. However, they have lost each of their three away matches against Real Madrid since returning to the division in 2016.

After two successive draws saw them slip four points behind Real Madrid in the title race, FC Barcelona secured a good win against Villarreal CF in Matchday 34. Lionel Messi was again in fine form as he registered his 19th LaLiga Santander assist of the season at El Madrigal, breaking his previous record of 18. A victory for FC Barcelona tomorrow evening would see them move a point behind the leaders before they play on Friday night. RCD Espanyol make the short trip to Camp Nou for the Barcelona derby in desperate need of a victory in their battle to avoid relegation. Sitting bottom of the table and 11 points from safety, the visitors require nothing less than maximum points. They secured a famous victory at FC Barcelona in 2009 but have lost each of their 10 visits in LaLiga Santander since.

Three games without a win, including a 5-1 defeat to relegation rivals RCD Mallorca, have seen RC Celta slip back to six points above the relegation zone. Knowing victory would all but guarantee survival, they host in-form Atletico de Madrid tonight. The visitors are unbeaten in their last 12 LaLiga Santander matches, with five wins from their last seven. A 3-0 victory over RCD Mallorca in Matchday 34 saw Atletico de Madrid move to 62 points, keeping them ahead of fourth-placed Sevilla FC in the race for European qualification. The home side got the better of this fixture last season, securing a 2-0 victory, but it remains their only win over Atletico de Madrid in their last nine LaLiga Santander meetings.