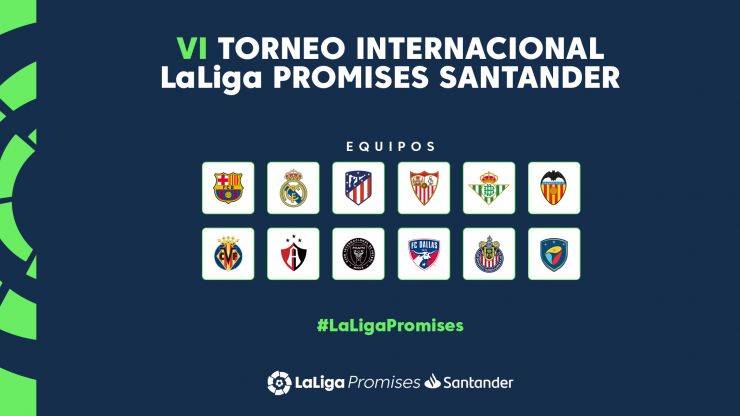 The VI LaLiga Promises Santander International Tournament, organized by LaLiga in collaboration with the José Ramón de la Morena Foundation, will head to Walt Disney World Resort near Orlando on June 24, 25, and 26.

After a two-year hiatus (2020 and 2021) due to travel restrictions caused by the coronavirus, the tournament will be held at Disney near Orlando, which has a long history of hosting major international soccer events.

The tournament will be held at ESPN Wide World of Sports Complex at Walt Disney World Resort, thanks to the extension of the long-standing agreement between LaLiga and ESPN. This landmark agreement follows the creation of LaLiga North America, a joint venture between LaLiga and Relevent Sports which was launched in 2018 with the aim of contributing to the growth of soccer in the US and bringing LaLiga clubs and players closer to US fans.

In the last edition of LaLiga Promises Santander in the USA, which was held in 2019 in New York, FC Barcelona won the title in a final against arch-rival Real Madrid. On this occasion, the Blaugrana will try to defend the title in a tournament in which the groups are as follows: Real Madrid, Real Betis, Inter Miami CF (Group A); Sevilla FC, Villarreal CF, FC Dallas (Group B); Atlético de Madrid, Valencia CF, CD Guadalajara (Group C); FC Barcelona, Atlas FC, IdeaSport (Group D).

The tournament will be broadcast live in Spain on Gol, on LaLigaSportsTV, LaLiga’s YouTube channel, on LaLiga’s official Facebook page, on the Chinese platform Weibo and on LaLigaTV Bar; in the USA it will be available exclusively on ESPN+ and in Latin America on Star+, a streaming platform from The Walt Disney Company.

All the information about LaLiga Promises Santander can be found at: https://www.laliga.com/en-ES/laliga-promises/vi-torneo-internacional-laliga-promises-santander-orlando-2022