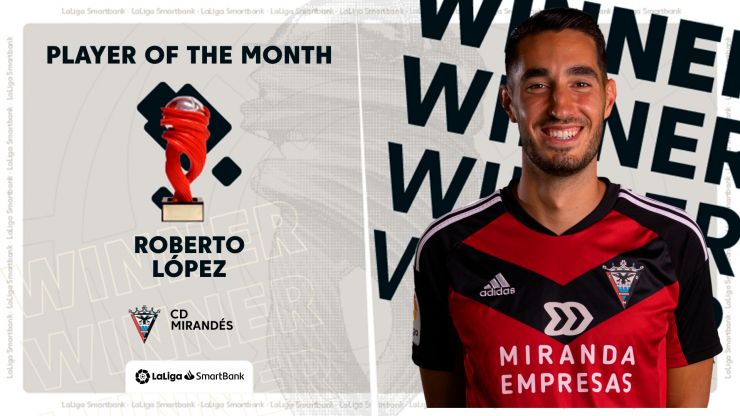 The CD Mirandes youngster scored three times and supplied two assists as his side went through December unbeaten, climbing out of the relegation in the process.

Roberto Lopez has received the LaLiga SmartBank Player of the Month Award for December. The 22-year-old played a key role as CD Mirandes managed to string a good run of form together and steer clear of the relegation places.

The midfield wizard was the difference-maker for his club, netting three times and providing two assists over the course of the month. He kicked off December by scoring once and laying on two assists in Mirandes’ 4-2 win over Albacete BP, found another goal away at CD Leganes in a 2-2 draw and hit home the winner away at Racing Santander in a 2-1 triumph.

Lopez, on a season-long loan deal from Real Sociedad, follows in the footsteps of FC Andorra’s Turkish forward Sinan Bakis who claimed the award in November. He beat Albacete’s Higinio Marin and SD Eibar’s Peru Nolaskoain to come out on top in the voting.