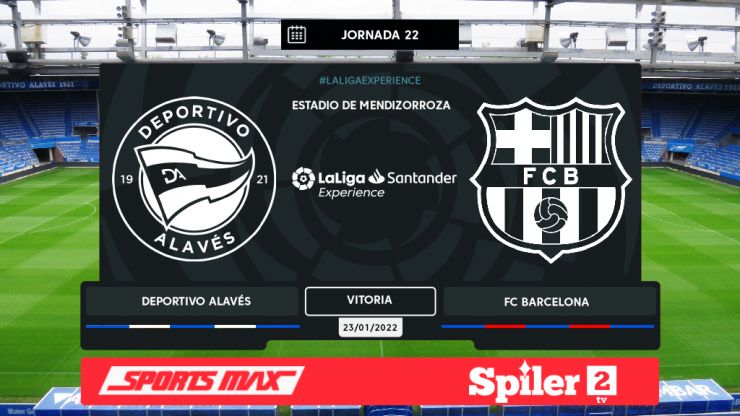 The LaLiga Experience roadshow makes its return a month on from its stop-offs in Pamplona and San Sebastian, but it hasn’t ventured far and remains in northern Spain, with Vitoria and the breathtaking Mendizorroza the next port of call.

Vitoria and Deportivo Alaves’s Mendizorroza home are set to host the latest instalment of the LaLiga Experience as journalists, lucky winners and influencers have been flown in by LaLiga’s international broadcaster in the Caribbean, SportsMax, and Hungary’s Spíler TV to enjoy an action-packed getaway full of fun surprises.

The crowning moment of the eagerly anticipated adventure will be served up when Alaves and FC Barcelona lock horns on Sunday, whilst the subscribers and winners of last season’s #LaLigaUltimateXpert competition, in which each broadcaster sought to discover the biggest LaLiga boffins from each country, will also get to savour the sights and sounds of one of the Basque Country’s most enchanting cities.

Needless to say, the visitors will get to treat their taste buds to the very best of the local pintxos (canapés), a star attraction amongst one of the leading regional gastronomic offerings on the planet. The journalists, competition winners and influencers will have the opportunity to take in an Alaves training session before meeting and interviewing one of the Vitoria-based outfit’s star talents and members of the club’s women’s side. The guests will also be treated to an official tour of Mendizorroza and attend a basketball match at the home of the city’s leading team, Baskonia.

The Matchday 22 encounter has all of the ingredients to be a thriller. In the home dugout, Jose Luis Mendilibar will be looking to claim his maiden win at the helm, whilst the VIPS will get the chance to see some of their heroes strut their stuff, including the likes of Fernando Pacheco, Victor Laguardia and Facu Pellistri, and Ferran Torres looks poised to make his LaLiga Santander debut for the Azulgranas.

The guests will begin the experience by acting as the coach of a LaLiga Santander team and will even be unveiled in an online press conference that sees them come under the media spotlight. As if that wasn’t enough, the group will be joined by former judoka, Sugoi Uriarte, who claimed a silver medal at the 2009 World Championships and finished fifth at the London 2012 Olympics. Vitoria-born Uriarte is known to be a big Alaves fan and will be with the guests every step of the way during their visit.

Be sure to keep close tabs on everything going on over the course of the weekend by using the #LaLigaExperience hashtag.

This event promises to be something special!