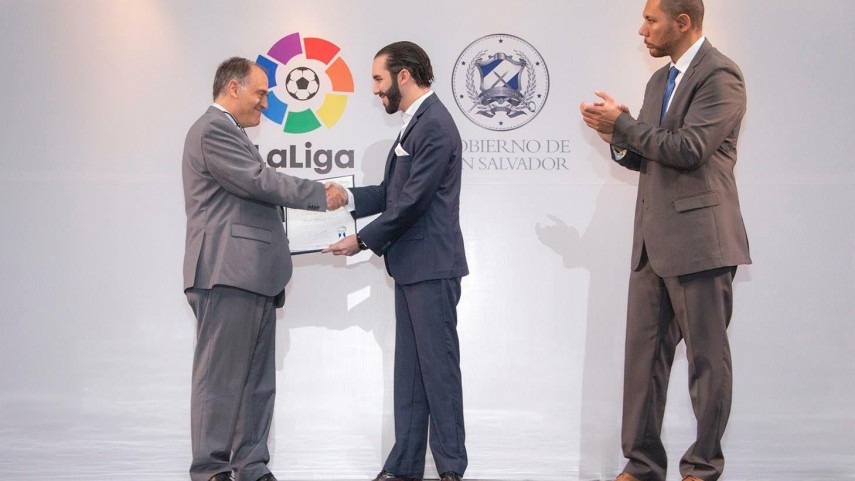 LaLiga will promote social inclusion through football in El Salvador

Javier Tebas signed a cooperation agreement with the city of San Salvador in the framework for action of the Iberoamerican College of Football & Values.

At an event held on Monday November 2 at San Salvador (El Salvador), LaLiga, through its Foundation, has signed a partnership and cooperation agreement with the Salvadoran institutions to develop different social initiatives through football. The agreement was signed by Javier Tebas, president of LaLiga and patron of the Foundation of the Professional Football, Nayib Armando Bukele Ortez, mayor of San Salvador, and Yamil Bukele, president of the Municipal Institute of Sports and Recreation (IMBER).

This agreement of cooperation and assistance will boost the project "LaLiga Deporte Total" (LaLiga Total Sport) and will be developed by the IMBER in El Salvador. The program's goal is to establish coordination mechanisms, interaction, cooperation and reciprocity between institutions to promote the provision of activities among children, teenagers and youth. It seeks to promote inclusion, participation, entrepreneurship, employment and cultural promotion through sport, under the model of action of the Iberoamerican School of Football & Values.

Najib Armando Bukele expressed the importance of establishing a project aimed at a collective of 200,000 young people. "This is the largest project of its kind in the history of the region. This signing aims a deep process at the social fabric of the capital, especially in the younger population," said the mayor of San Salvador. 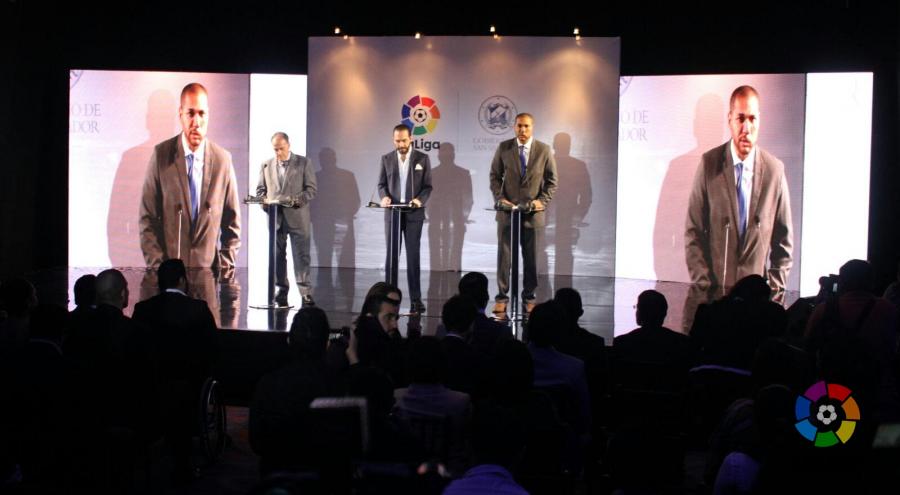 In turn, Javier Tebas highlighted LaLiga´s brand potential as a communication channel through which the Ibero-American youth can be reached. "A plural and multicultural league is the best example to make the youth learn the importance of teamwork, the spirit of sacrifice and learning from defeats. In this way, the principles of football and sport may be transferred to projects as “LaLiga Deporte Total” and the Iberoamerican School of Football & Values. Through these initiatives is intended to enhance the fight against racism and xenophobia, violence in sport and inclusion measures and gender equality. It is not intended to find talent although it may arise, the aim is to transfer values and educate citizens", concluded the president of LaLiga.

Yamil Bukele, as IMBER president, stressed the importance of the agreement for the youth of the region. "These projects will achieve that sport be one more chance for the development of young people, which is of vital importance due to the value of the same as an element of cohesion in the region. It is very relevant the work carried out by LaLiga and its Foundation because of what it means in the Latin American context".

Thanks to the signing of this agreement social inclusion actions will be designed and jobs will be strengthened in the field of education through sport, raising awareness against racism, xenophobia and all forms of violence in sports. It is a solid bet from LaLiga for peaceful coexistence, inclusion and gender equality, as central elements of current and future projects in San Salvador and in the Iberoamerican School of Football & Values.