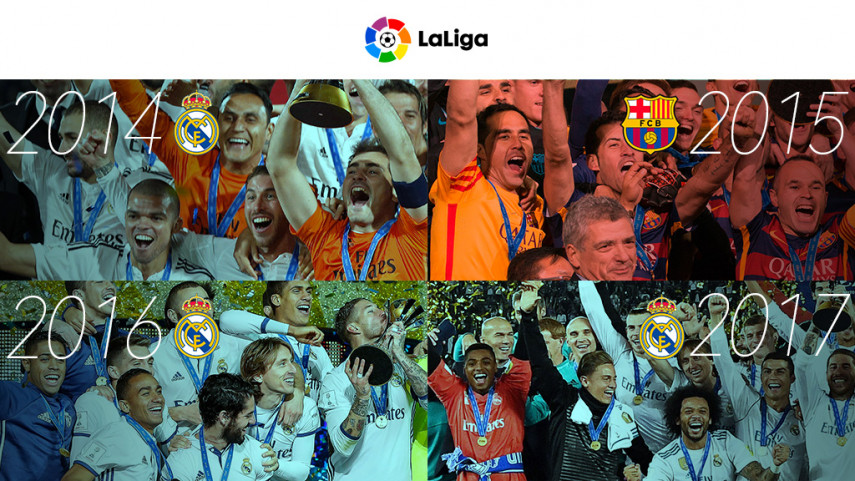 LaLiga Santander on top of the world

Real Madrid (3) and FC Barcelona (1) have won the last four editions of the Club World Cup.

Teams from LaLiga Santander have been sweeping all before them on the international stage. Real Madrid are the latest side to make their mark, having beaten Brazil’s Gremio 1-0 in Abu Dhabi to secure a second consecutive FIFA Club World Cup title. Cristiano Ronaldo scored the game’s only goal to clinch a sixth world club title.

#LaLiga on top of the world FOUR years in a row! pic.twitter.com/eM9k9vMLeg

Zinedine Zidane’s side won the competition last year when they defeated Japan’s Kashima Antlers 4-2 after extra-time in Yokohama. Two years previously, they defeated Argentina’s San Lorenzo 2-0 in Morocco. FC Barcelona won the competition in 2015, when Luis Enrique’s team triumphed against another Argentine side River Plate 3-0, thanks to goals from Messi and Luis Suarez (2).