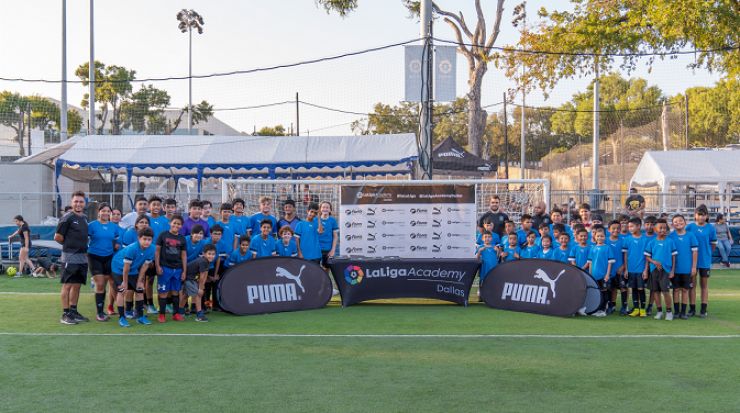 LaLiga Academy Dallas, which opened its doors in August, welcomes players ranging from 5 to 18 years old. The players will train under LaLiga Football Methodology, the highest standard of global grassroots soccer, taught by some of the best coaches in the organization. The resources and tools provided will be essential in aiding the development of their personal and athletic potential in an environment featuring the high-performance facility, FORO Sports Club.

In addition to the academies in Canada, New York, and Vermont, projects in this sector have multiplied in recent years, and LaLiga North America has launched talent identification programs such as LaLiga Select and LaLiga Grassroots along with educational programs like LaLiga Camps USA in up to 8 different locations across the region. LaLiga North America has also recently renewed its agreement with US Club Soccer until 2025, an organization which provides different programs to help train youth soccer coaches. All the projects use LaLiga Methodology, LaLiga's own training approach, which has been deployed to develop more than 200,000 players worldwide since 2015.