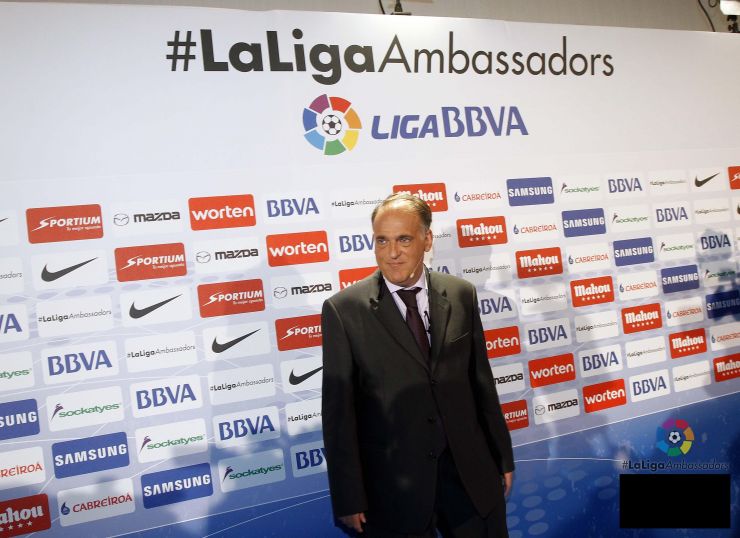 LaLiga and UNICEF will launch a joint campaign during the matchdays 4 of Liga BBVA and 5 of Liga Adelante.

LaLiga's president, Javier Tebas, highlighted the commitment of the competition with the refugee children and families and said that “football also want to put its bit". LaLiga, through its Foundation, and UNICEF Spanish Committee, collaborative with AFE and CSD, will launch a joint campaign during the matchdays 4 and 5 of Liga BBVA and Liga Adelante, respectively, to help refugee children and families which are coming to Europe fleeing from the armed conflicts in their origin countries.

"We will make a campaign with UNICEF in all Liga BBVA and Liga Adelante grounds. Football also want to put its bit and try to help to find the ways of taking appropriate solutions and improve the situation. At least, we want to contribute financially", said Tebas.

This initiative, supported by the Clubs / SAD of LaLiga, will take place during the days 18, 19 and 20 September. On that matchday, will be held an active minute of silence, in which players will encourage fans to collaborate with SMS, by carrying a placard and wearing shirts with the slogan: EL FÚTBOL PROFESIONAL CON LOS REFUGIADOS / ENVÍA UNICEF AL 38080'. * "Professional football to SUPPORT REFUGEES / SEND TO UNICEF 38080” *.