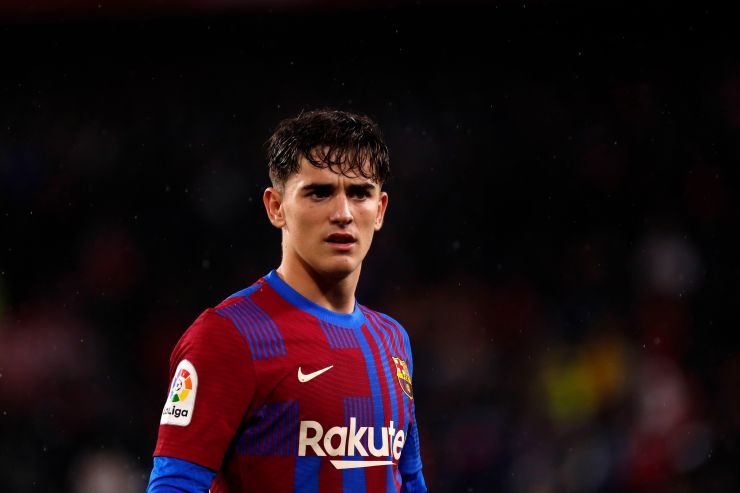 In what has been an atypical season for Barça there have been some glimpses of light which have given fans hope for the future. The highlight of the Catalans’ first half of the campaign are the standout performances from their academy graduates.

One of the most positive aspects about FC Barcelona’s 2021/22 season has been the emergence of promising youngsters who have staked a claim in the first team, namely Pablo Gaviria ‘Gavi’ and Nico Gonzalez. Both spent time honing their skills at the club’s academy and have been two of their side’s standout performers in the first half of the season.

They are backed up by Ansu Fati, who – injury permitting – is seen by Xavi Hernandez as the player to spearhead this new Barça side, young defender Ronald Araujo and veterans Gerard Pique, Sergi Roberto and Sergio Busquets. They all have one thing in common – all are La Masia graduates.

Despite featuring in different roles on the pitch, all have managed to find the net so far in this LaLiga Santander season. In fact, 14 out of the 29 goals scored by Barcelona this campaign have been from the work of stars Made-in-La Masia.

Although Ansu Fati has only featured for 213 minutes spread across five games so far, he has already found the net three times, putting him in second place in his team’s scoring charts, having found the back of the net more times than any other academy protégé. This bodes well for the second half of the season, as Xavi hopes that the 19-year-old starlet can provide the driving force for Barcelona as they seek to end the season in a strong position.

Nico and Gavi have formed quite the dynamic duo at the heart of Barcelona’s midfield. They control possession and dictate the pace in the centre of the park, very much a hallmark of the club’s footballing philosophy.

In what has been one of Barcelona’s least memorable campaigns in recent memory the club’s youngsters are blazing a trail to a brighter future for the club.