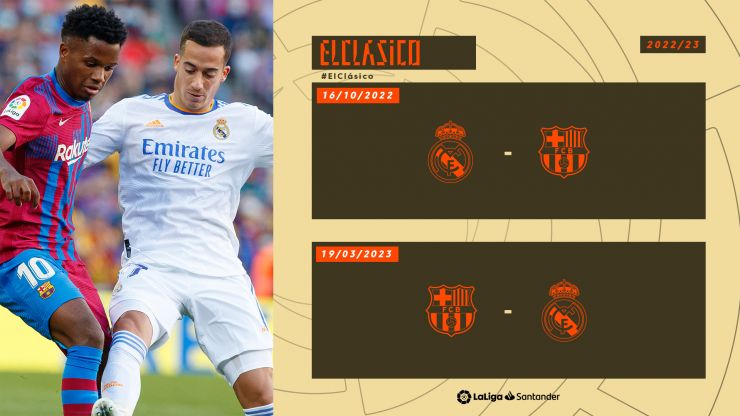 After Thursday's draw for the 2022/23 LaLiga Santander season, we now know when FC Barcelona and Real Madrid will face each other in their league campaigns.

The draw for the 2022/23 LaLiga Santander season has revealed the Matchdays when the two El Clásico matches between FC Barcelona and Real Madrid will take place.

The first encounter will take place on Matchday 9, the 16th of October 2022 at the Santiago Bernabeu.

Last season Real Madrid and FC Barcelona each won an El Clásico. In the first leg at the Camp Nou, Los Blancos won 1-2 thanks to goals from David Alaba and Lucas Vázquez, while in the second leg at the Santiago Bernabéu, Xavi Hernández's side secured a convincing 4-0 winners thanks to two goals from Pierre Emerick Aubameyang, one from Ronald Araújo and another from Ferran Torres.