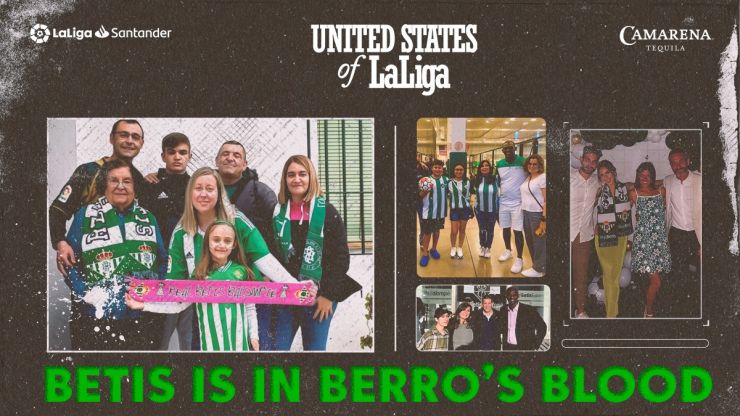 Nuria Berro has been a fan of Real Betis her entire life, and rightfully so. Berro was born in the Heliópolis neighborhood of Seville where the club plays at Estadio Benito Villamarín

Nuria Berro has been a fan of Real Betis her entire life, and rightfully so. Berro was born in the Heliópolis neighborhood of Seville where the club plays at Estadio Benito Villamarín.

Her uncle, Francisco “Kiko” Berro, founded Peña Betica Heliópolis in 1977. Even Berro’s mother, who was born into a Sevilla FC family in Nervión, has transformed into a fan of Los Verdiblancos after living in Heliópolis for nearly 50 years.

“The entire neighborhood is into it,” Nuria says. “Whenever Betis plays, it transforms the whole neighborhood. It’s what we do and what we live for.”

Despite relocating to the United States in the early 2000s, first living in Minnesota before seeking warmer climates in Arizona, Berro’s Betis blood is greener than ever.

Like her uncle, Berro is using her passion for Real Betis Balompié to unite and support her community, not only via Peña Betica USA “Juan Merino,” but as owner of the Betis Soccer Academy AZ.

Opened in March, the Arizona academy which trains in Avondale located west of Phoenix, has 43 players representing the club across 3-4 youth teams with an adult team currently being formed. Jaime Quesada, who played right back for Real Betis from 1994-99, is helping set up the academy’s infrastructure and methodology.

Berro says they have watch parties, giveaways including shirts that say Soy Betico, and are even planning a trip to Seville for Real Betis’ 2022/23 LaLiga season finale against Valencia CF on June 4.

Building the club’s sixth international academy—and first in the United States—hasn’t been glamorous or easy, but Berro knows how important spreading the Beautiful Game and Real Betis’ brand and way of living is to so many young players who may not be able to afford certain opportunities, especially given the pay-to-play system in United States youth soccer.

“I think we can make something really nice here,” she says, “and change the game a bit, at least in Arizona.”