Good passing in the right areas is hallmark of Merengues’ game

Real Madrid lie top of the LaLiga Santander table when it comes to the number of passes played in the final third. As we can see in this video, a number of these actions result in attempts on goal. In addition, the following infographic offers information about the areas of the pitch in which the Blancos play the highest percentage of such passes.

We can identify that the left flank is clearly dominant, with almost twice as many passes played in this area than the right side of the pitch. This difference is no coincidence and owes to the contribution of several key players: Vinicius Jr., Toni Kroos’s tendency to drift to the left and the positions regularly taken up by Karim Benzema. 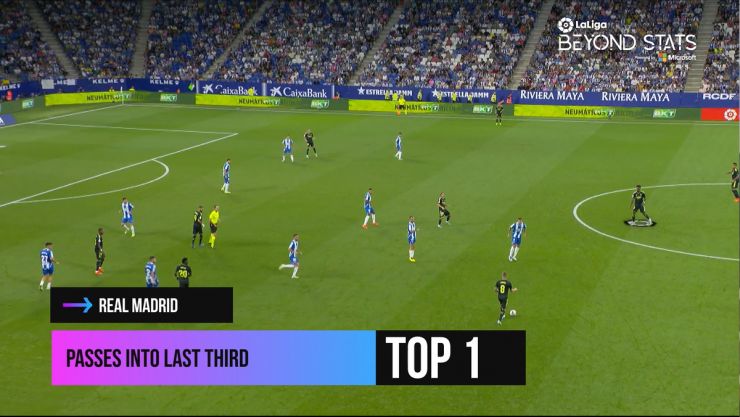 Every coach seeks for their team to be effective in the various phases of play and one coach who has managed to record impressive numbers in both attack and defence is Imanol Alguacil. His Real Sociedad side lie third in the league standings for the fewest number of attempts required to score. After all, football is not only about recording a lot of shots, but ensuring that they are accurate. If we shine the spotlight on La Real’s rearguard action, we note that despite recording possession statistics of almost 56%, the Basques claim fourth spot in the ranking for the number of recoveries per minute. In other words, the boys from San Sebastian are amongst the top dogs for the number of recoveries, despite not spending the majority of the game trying to regain possession.

Not only is Isi Palazon one of the heartbeats of Andoni Iraola’s Rayo Vallecano side, he is also the team’s star man when it comes to attempts on goal. None of his teammates create more attempts on goal than the Spanish schemer and along with Alvaro Garcia, he is also the standout performer for the number of efforts on target. These statistics also see him land a place amongst the top 15 players in LaLiga Santander for the total number of attempts on goal. However, Isi’s influence extends far further and he tops Rayo’s charts for the number of high-impact actions. We’re already well aware than he’s capable of finishing, but he’s also a major creative force and plays more passes than anyone else in the final third. In addition to all of these impressive statistics, one rather curious stat is the fact that although he certainly isn’t the tallest player on Rayo’s books, he is head and shoulders above the rest when it comes to the number of aerial duels contested. 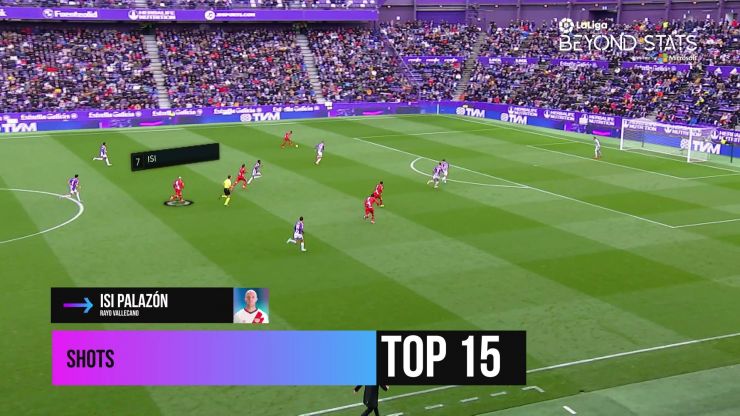 This encounter promises to be an evenly contested affair, with the capital club itching to improve a poor return run of results that stretches back to shortly before the World Cup. For their part, Athletic head into this one on the back of a derby defeat to Real Sociedad and draws against Osasuna and Real Betis.

As we can clearly see in this video, Ernesto Valverde’s troops play a high-intensity game, which is perfectly exemplified by Iñaki Williams, who features as one of the top four players in the league for distance covered at over 28km/hr.

If we compare Williams to Benzema, we can see that the Basque speedster comes out on top in dribbling and distance covered at high speeds, with an ability to get past his man a central element of his game. Meanwhile, the French frontman has the upper hand in metrics related to the build-up and finishing, such as passes that result in attempts on goal, attempts on goal and goals. 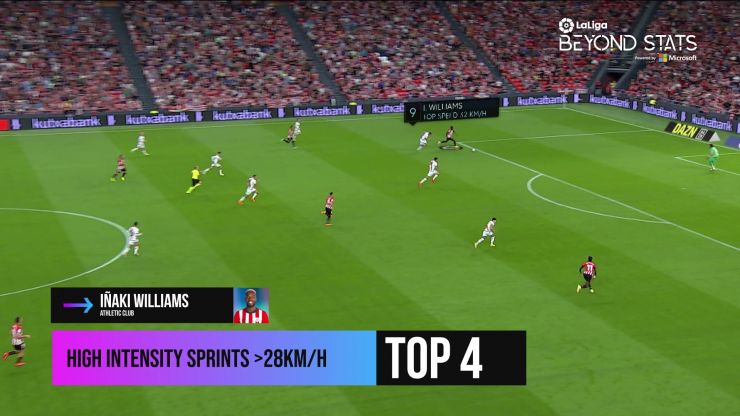 Osasuna’s Moi Gomez has carved out a reputation as an on-field leader, a player who pulls the strings, creates chances and brings others into play. He currently leads the way in the Navarran outfit’s assist charts. As we can see from the following graphic, none of his teammates chalk up more passes that result in attempts on goal than he does (almost 2.3 per game). He is also the top performer for the number of passes played into the final third, crosses into the box and long-distance passes. Meanwhile, while he may not feature amongst the players to rack up the most attempts on goal, he does take a place on the podium for the attempts on target. In short, Gomez’s quality makes him a key cog within Jagoba Arrasate’s attacking system. 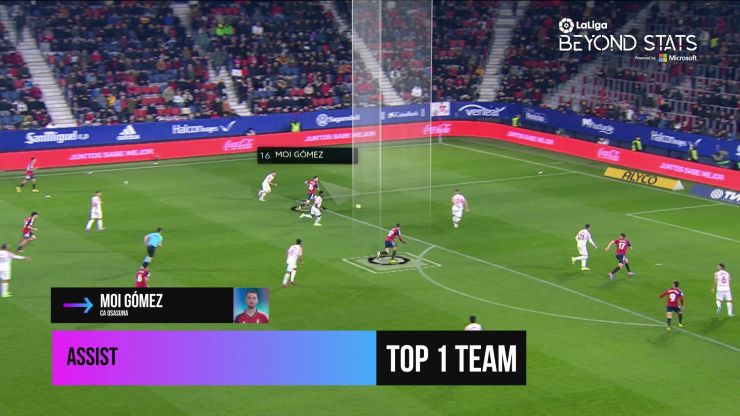 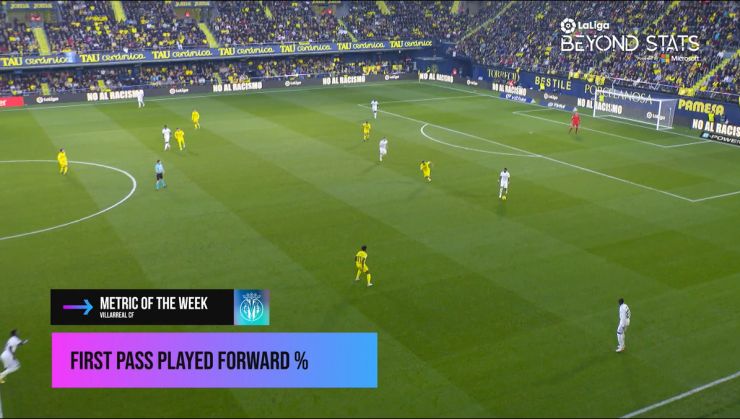