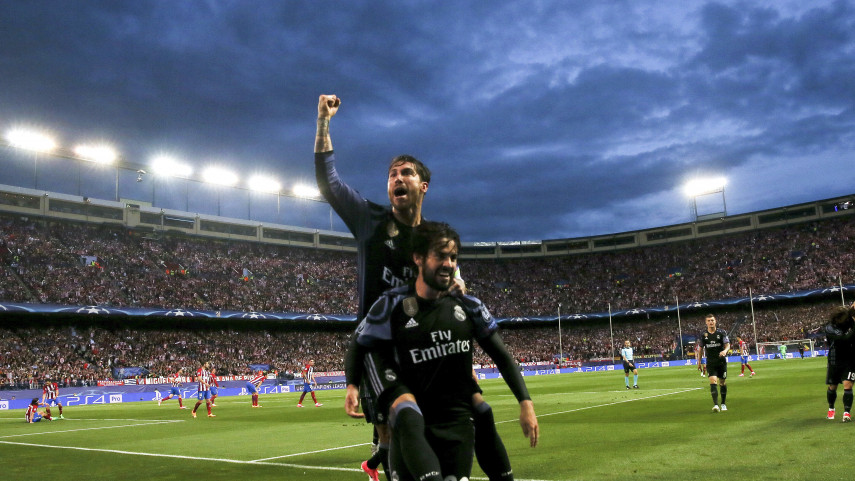 Zinedine Zidane's side fell 2-1 to Atleti at the Vicente Calderon but will head to Cardiff next month after securing a 4-2 aggregate win.

Real Madrid overcame an early scare at the Vicente Calderon to book their place in next month’s Champions League final in Cardiff.

Leading Atletico Madrid 3-0 from the first leg, Zinedine Zidane’s side came into the return fixture with confidence but fell behind after only 12 minutes when Saul Ñiguez rose high to head home Koke’s corner. Atleti doubled their lead just minutes later when Antoine Griezmann beat Keylor Navas from the spot after Rafael Varane had fouled Fernando Torres in the box. 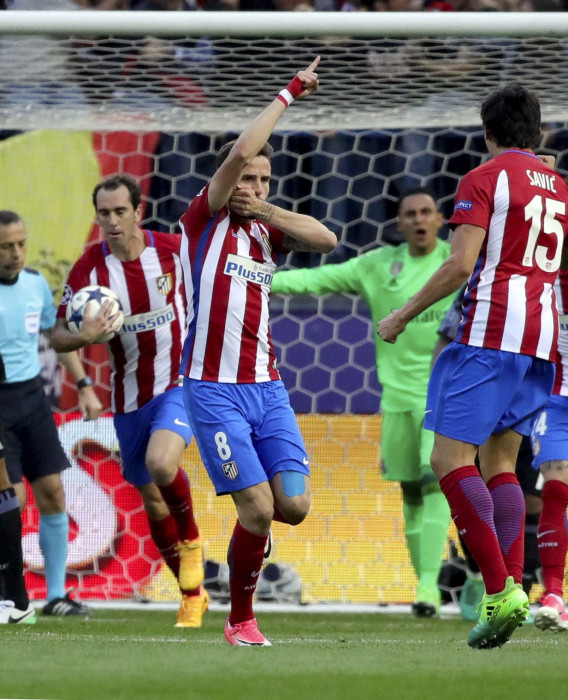 With the score at 2-0, and Atleti trailing by just one on aggregate, the game settled into a steady pace. But just before half time, the visitors struck. Karim Benzema worked his way towards goal after some excellent work along the touchline and Isco did the rest, beating Jan Oblak from close range. 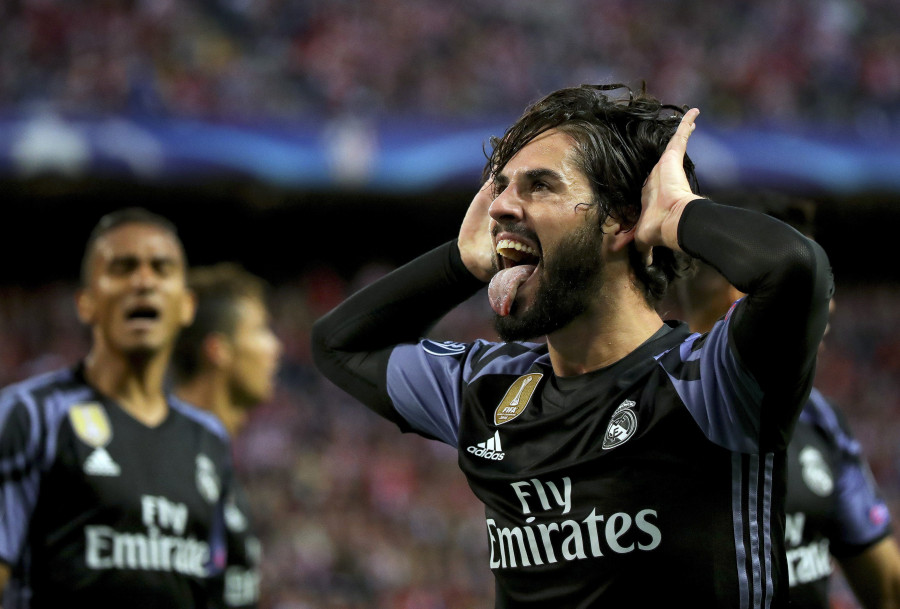 Both sides had opportunities to score as the second half wore on in the pounding rain, but neither could find a way through with Keylor and Oblak in fine form between the sticks.

Real Madrid will now head to Cardiff on June 3rd where they’ll meet Juventus FC in a bid for a 12th UEFA Champions League title.