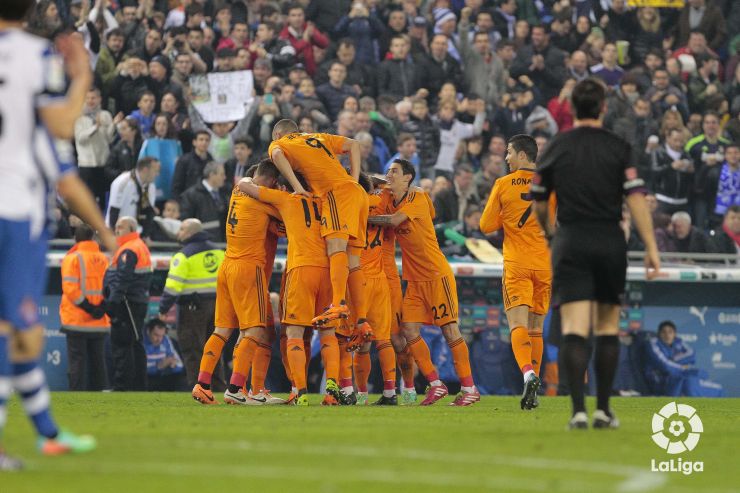 Real Madrid closes in on the Liga BBVA top spot

The Madrid side picks up three crucial points against Espanyol to narrow the gap on Barcelona and Atlético.

Real Madrid made the most of Barcelona and Atlético Madrids’ draw on matchday 19 with a win against Espanyol that now leaves Carlo Ancelotti’s men just three points off the Liga BBVA top spot. Sunday also saw Osasuna and Rayo Vallecano pick up important victories.

The Whites took full advantage of the opportunity to tighten the gap on first place, thereby putting themselves back in the title race once again. Pepe’s goal in the 56th minute kept title dreams alive for Real Madrid, who at the halfway point of the season finds themselves in third place with 47 points.

Osasuna and Rayo also made the most of their chances to close the first half of the Liga BBVA season. The Navarra outfit, on 21 points and away from danger, got a win in the Benito Villamarín against a Real Betis side that has plenty to worry about now that it is stuck to the bottom of the league table. Meanwhile, Paco Jémez’s men, who are also in the relegation zone, beat Getafe thanks to an Alberto Bueno goal which will give them the belief they need to keep fighting their way to safety.

The day’s action came to a close with Levante defeating Málaga thanks to a David Barral goal. The visitors were unlucky not to come away with something from the game as they created a number of good chances. With this result Joaquín Caparros’ side now climbs up to mid table.