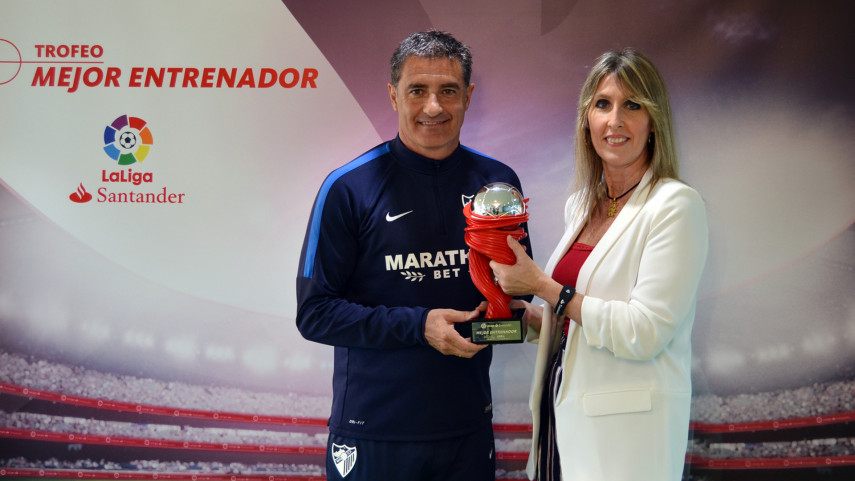 The Malaga boss has been handed this accolade after guiding his side to a series of excellent results last month.

Michel Gonzalez, better known simply as Michel, has been honoured with the LaLiga Santander Manager of the Month gong for April after his Malaga CF team put together a superb run of form last month. 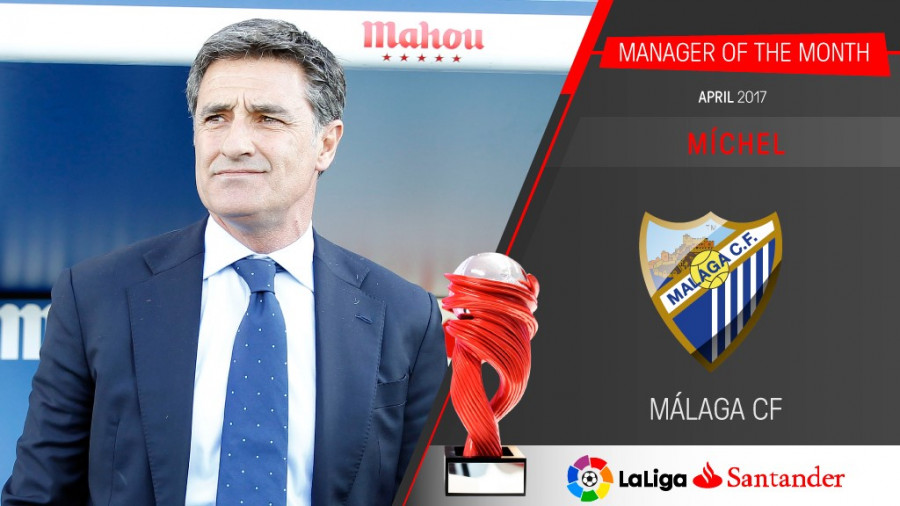 Following a shaky start, the Madrid-born manager has transformed the fortunes of a club that had been erratic prior to his arrival. After failing to win any of his first three matches in charge, the Andalusians have put together a stunning sequence of six victories in their last seven games, in the process not only securing their top-flight status for another year with several weeks to spare, but also shooting up the table.

With four wins in six fixtures, including one against champions and current league leaders FC Barcelona, April was a highly auspicious month for Malaga. Even more impressively, Michel's men kept clean sheets in all four of those victories.

This accolade – which is awarded by Banco Santander, the competition's main sponsor, and voted for by the LaLiga.es writers – was presented by Esther Ortiz, the bank's director for the Malaga region.