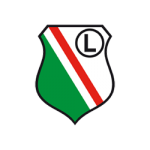 After Atletico Madrid qualified on Tuesday, Sevilla and Real Madrid have their chances against Dinamo Zagreb and Legia Warsaw on Wednesday.

Atletico Madrid's victory over FC Rostov on Tuesday secured their place in the Champions League last 16 once again, and on Wednesday night holders Real Madrid and Sevilla FC have their opportunities to join their fellow LaLiga side.

Real Madrid face Legia Warsaw, and if things go their way, Zinedine Zidane's side could reach the next round. The French coach will be forced to make changes to his normal team, as Sergio Ramos, Pepe, Casemiro and Luka Modric all miss out through suspension or injury. In the previous match at the Bernabeu, Madrid crushed Legia 5-1, and the Polish side are still looking for their first points in this edition of the Champions League. Madrid will progress with a win provided Borussia Dortmund also win against Sporting.

#RMUCL
Zidane: "There'll be no crowd but that doesn't change anything and we'll have to be focused from off."

Sevilla face Dinamo Zagreb at home and will have to contend with the loss of Samir Nasri, who has suffered damage to his left hamstring. The Frenchman joins long-term absentees Michael Krohn-Dehli and Benoit Tremoulinas on the sidelines. Nasri's absence will be sorely felt, as it was he who notched the winner for his side against Zagreb in Croatia. Sevilla find themselves on seven points in Group H, level with Italian giants Juventus. A win will put them in the knockout round as long as the Italians also win against Lyon.

Sampaoli: "We have a duty to defend the shirt with the best players" #UCL #vamosmisevilla pic.twitter.com/PfF6SNdORU