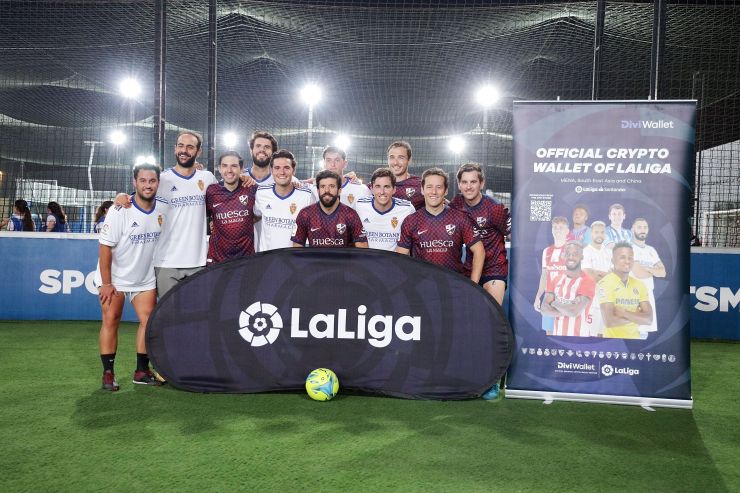 The Spanish community in the Emirates came together for a football tournament in which the two Aragonese teams played in the final, recreating the match that took place a few days ago in LaLiga SmartBank.

The festival of Saint George, celebrated every year on April 23rd, is also called Aragon Day, and this year it has crossed borders thanks to LaLiga. SD Huesca and Real Zaragoza brought together the Spanish community in the United Arab Emirates on Saturday to commemorate the occasion.

This initiative is part of the internationalisation and promotional plans that LaLiga clubs are developing after joining the Boost LaLiga Plan, which seeks to ensure global growth through initiatives that enhance the brand image and awareness of LaLiga clubs in every corner of the world. LaLiga's international activities, many of which are organised by the clubs, have doubled in just two years to more than 1,200 in over 90 countries.

LaLiga has made international development one of the key pillars of its strategy and main hallmarks of its identity. In 2017, LaLiga Global Network was launched, as a result of which, LaLiga currently has a presence in 41 countries, with 44 delegates on site, 11 international offices and 2 Joint-Ventures in North America and China. This is reflected in the 30% growth in the international audience since the 2015/16 season, and an increase in social media followers around the world, now totalling 150 million, making LaLiga the most followed of the five major European leagues.

"The Middle East and North Africa is one of the fastest growing areas for LaLiga and its fans. Initiatives such as this tournament are bringing the entertainment and excitement of the competition to fans in the region, not only helping LaLiga's growth but also the development of football in the region," said Maite Ventura, Managing Director for the Middle East and North Africa at LaLiga.